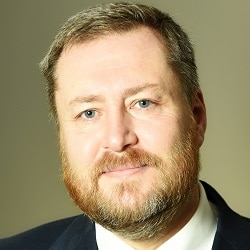 Claimant personal injury lawyers have turned to the Lord Chief Justice to support an urgent review of the government’s proposed tariff of damages for next April’s whiplash reforms.

The Motor Accident Solicitors Society (MASS) has made a submission to Lord Burnett, who under the Civil Liability Act 2018 the Ministry of Justice has to consult over the final figures.

Though the reforms are now only four and a half months away, the final tariff has not been published, nor have the rules governing the new process.

As published in May 2018, the tariff starts at £225 for injuries lasting no more than three months, for which MASS said a court would award £2,250 at current rates.

The maximum award under the tariff would be £3,725 for injuries lasting 19-24 months, compared to £7,000 under judicial guidelines – effectively increasing the new small claims limit.

MASS chair Paul Nicholls – who will be speaking about the reforms at next week’s virtual PI Futures conference – said the tariff was “developed without any transparency and in cahoots with the insurance industry”.

He continued: “They remain fundamentally flawed, arbitrary, and wholly unjust, having been contrived without any objectivity, logic or scrutiny and with little or no consideration of their devasting impact upon accident victims.

“They are ridiculously low compared to the awards currently recommended by the courts and will cause considerable distress in the future for those unfortunate enough to sustain a road traffic accident whiplash injury after their introduction.”

MASS contended that the tariff was based on “inaccurate and incomplete” insurance industry data reflecting settlements rather than the value of claims at court, and nominally based on the late 2013 Judicial College Guidelines, which have since been updated three times.

The origin of the tariff, it went on, were unknown but suspected to be based on insurers’ proposals.

“It appears to implement a percentage reduction from the damages currently awarded, but without any independent audit of the figures, it remains very difficult to understand the logic of the proposed calculations.

“Despite repeated attempts by MASS through both correspondence and Freedom of Information requests to determine the precise methodology used to determine the proposed tariffs, all answers have been deliberately vague and at times outright evasive, leading us to believe that the proposed damages are arbitrary and without logic.”

The society quoted the comments of Lord Keen, who said in Parliament in 2018 that the tariff was based on “a judgment” rather than “some mathematical formula or percentage”, and noted how much lower the figures were than other non-injury awards, such as airline delays, holiday sickness lasting a week or someone who suffers poor service from a law firm.

There was also no logic in discriminating between a person who suffers pain for 12 months from a whiplash injury sustained in a road accident and one who suffers the same injury through a different type of accident, who will receive more than three times as much compensation.

We can confirm that David Parkin, the deputy director for civil justice and law policy at the Ministry of Justice, will be taking part in next Monday’s session at PI Futures on the current position of the reforms.