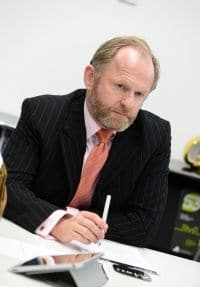 Twambley: sick of law firms that take on bogus claims

Access to Justice, the group that uncovered the figure, said it was “sick of law firms” that take on bogus claims.

Over the past year, the travel industry has ramped up warnings about the rise in holiday sickness claims, arguing that claimant solicitors saw them as ‘the new whiplash’.

In April, the Foreign Office amended its advice to holidaymakers visiting Spain to highlight the dangers of claims management companies (CMC) that encourage them to make false compensation claims, while two months earlier the Claims Management Regulator said relationships between CMCs and solicitors over holiday sickness claims were under investigation.

The figure of 15 reports, however, is a tiny proportion of the 11,000 tip-offs about potential misconduct that the SRA receives in total each year.

The move appears to be part of Access to Justice’s broader campaign against further personal injury reform by demonstrating that the profession is tough on fraud.

Spokesman Andrew Twambley, the well-known claimant solicitor, said his members were “sick and tired of claims touts, but equally sick of law firms that are happy to take on claims knowing that they are fake, which brings the whole industry into disrepute”.

He continued: “We need collective action to help the SRA address any firms that are acting in this way, by providing the information to get claimant law firms exposed, and investigated by the regulator.”

Mr Twambley urged the new government to take more action on cold calling by accelerating the recommendations of the Brady Review on CMC regulation, the Insurance Fraud Taskforce Report and the nuisance calls hotline.

“This adds up to a comprehensive package of measures, especially when placed alongside the SRA commitment to taking action when there is evidence of misconduct.

“We also need insurers, travel operators and law enforcement agencies to take a much more aggressive approach to prosecutions.”