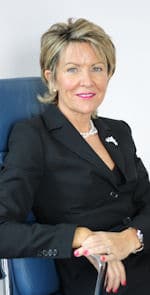 Scully: MoJ is putting the cart before the horse

Claimant personal injury lawyers have launched a strong attack on the government’s bid to expand the RTA claims process while also cutting legal fees for work done under it.

Responding to the Ministry of Justice’s (MoJ) call for evidence, the Association of Personal Injury Lawyers (APIL) said the “aggressive timetable” of introducing the changes next April “appears to be compromising the process”.

The Motor Accident Solicitors Society warned that encompassing cases worth up to £25,000 “brings complexities rarely seen in cases valued up to £10,000”.

The government wants to raise the £10,000 limit of the current road traffic scheme to £25,000, and create new processes for employer’s and public liability claims. It also wants to reduce the £1,200 currently paid under the process in light of the impending referral fee ban; the Association of British Insurers has suggested a figure as low as £150.

Neither body was willing to specify what levels fees should be at given that the revised rules have not yet been set, although MASS said its data analysis said the current £1,200 fee “has proved an accurate reflection of the cost of carrying out necessary work” – and better than the £1,787 it had originally estimated as being the right figure.

APIL’s research said that profit on an average portal case is currently 14%, but ending the recoverability of success fees – and the likelihood that solicitors will not seek them from clients – will reduce that to just 4%. Further, figures show that more than half of personal injury firms do not pay referral fees, it added.

Both said it would be uneconomic to agree a single fixed fee for road traffic cases worth between £1,000 and £25,000, with APIL suggesting either staged fixed fees or fees as a proportion of damages.

APIL was particularly critical of the process the MoJ is undertaking. It said: “Lawyers at the MoJ have already drafted protocols and rules for consideration by the Civil Procedure Rule committee in advance of the consultation period closing.

“The meeting at which these rules will be considered by the committee is in advance of the deadline for this submission. This important meeting is occurring independently of the consultation process and will not have the benefit of wider input before committee members draw conclusions.”

It was also highly critical of the failure to publish Professor Paul Fenn’s report on the full effects of the portal, which freedom of information requests have failed to elicit; the MoJ says it will publish the report in the summer.

“Without this report confirming that government objectives have been met, namely, settlement times have reduced and the level of damages has not reduced, the government has not made out its case for reform…

“Worryingly the government is not delivering what it has promised; there is also a blatant disregard for the detail. The government appears to be acting irrationally and unreasonably failing properly to consult and is embarking on what appears to be a cost fixing exercise at the request of insurers.”

APIL added that MoJ plans to raise the small claims limit for personal injury cases from £1,000 to £5,000 would change the dynamics of the portal completely as most cases that currently go through it fall into that bracket.

APIL president Karl Tonks said: “None of the groundwork has been done properly and we are seriously concerned that most of the decisions appear to have been taken before the consultation has ended.”

MASS chairman Donna Scully told Legal Futures that she too was concerned that the MoJ is “putting the cart before the horse” and not listening to all of its stakeholders. “Our message is that as you’re intent on doing this, act with caution.”

However, in its response, the Forum of Insurance Lawyers (FOIL) has called on the government to introduce a fixed-costs regime for fast-track claims which are not handled in the portal.

President Don Clarke said: “FOIL sees the portal as being an ideal single point of entry to the claims process for all claims up to £25,000, giving claimants a simple process with which to start their claims… It should not be seen as a one-size-fits-all process and where claims need to drop out of the portal, which is more likely with employer’s liability and public liability claims, this should not be perceived as a cause for concern.

“These claims should fall into a fixed-cost fast-track regime. We believe this dual approach would offer access to justice to both parties at reasonable cost.”

The Association of Costs Lawyers is canvassing views from claimant personal injury lawyers on the impact of the Jackson reforms. To take part in a short survey, click here.