Claim against solicitors was attempt to relitigate private prosecution 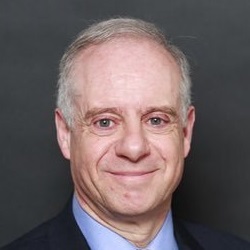 Arkush: Different standard of proof made no difference

A professional negligence claim against a firm of solicitors in the North-East has been thrown out as an attempt to relitigate an unsuccessful private prosecution.

Deputy Chancery Master Arkush said that, while there may not be a precedent for a civil claim to amount to an abuse because of an earlier decision in criminal proceedings, “it seems to me that such a result may be arrived at in an appropriate case”.

The claim against Freers Askew Bunting arose from the registration and subsequent removal of a charge over a property in Stockton on Tees registered in the name of Noreen Riaz.

The claimant, Muhammad Asif, argued that in 2007 he had advanced £450,000 to her husband, Adil Ditta, for the purposes of a property development – albeit paid by another man who owed money to Mr Asif.

Mr Ditta allegedly used the money for a different purpose but in 2009, through his wife, granted a charge of £500,000 to Mr Asif over the property.

However, the charge was removed in 2013. Mr Asif said his signature on the Land Registry had been forged.

It was sent to the Land Registry by the law firm and the claim said a solicitor there confirmed he was acting for Mr Asif, although he was not. Subsequently the property was charged to someone else.

In its defence, the firm put Mr Asif to proof of what, if any, money he had loaned to Mr Ditta.

Alongside the claim, Mr Asif had brought a private criminal prosecution of Mr Ditta and Ms Riaz but in 2019 His Honour Judge Tomlinson stayed it as an abuse of process.

He found that the documents came nowhere close to showing either that Mr Ditta obtained large sums of money in the first place or that it was the claimant’s money; rather, Mr Asif had been a “front man” for a convicted tax fraudster.

This was upheld by the Court of Appeal, who said Mr Asif had been “no more than a proxy prosecutor” and that the fraudster had attempted to “pull the wool over the court’s eyes”. The appeal court made costs orders against both.

Deputy Master Arkush found that the civil claim was “precisely the same issue that was before the court in the criminal proceedings, in which it was found both at first instance and on appeal that the money did not come from the claimant but from [the fraudster]”.

He continued: “In my judgment, it is sufficient to attract the doctrine of abuse of process if the decisions of the anterior criminal court and subsequent civil court involve the same issue…

“To rerun in this court the issue decided in the criminal proceedings as to whether it was the claimant’s money that was made available to Mr Ditta, and on essentially the same evidence, will amount to a collateral attack on the decision of the criminal court and will thereby bring the administration of justice into disrepute.”

Mr Asif’s “only motive” for pursuing the civil claim “must be, or at least involve, seeking to achieve this court arriving at a different and contrary conclusion to that reached in the criminal court and on the same evidence”.

While the standards of proof differed, Deputy Master Arkush said the “striking feature” underlying the criminal court’s decision was the “complete lack of relevant evidence to support the prosecution”.

He went on: “Since the evidential position is the same in this court, there is no reason to conclude that the civil standard of proof would lead to a different result.”

The deputy master found that the solicitors had met the test for summary judgment and striking out the claim. “To categorise the claim as ‘fanciful’ may itself be an exaggeration,” he observed.