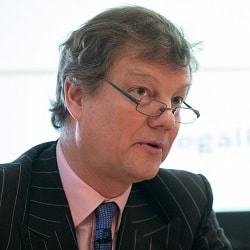 A rethought costs system that puts digitisation, vulnerable court users and a properly functioning civil justice system at its heart is the goal of a Civil Justice Council (CJC) working party, which yesterday began consulting on four key areas for possible reform.

The costs working group, set up at the request of the Master of the Rolls, Sir Geoffrey Vos, has been charged with taking a “strategic and holistic look at costs”.

The group – chaired by Lord Justice Birss, deputy head of civil justice, and featuring representatives from across civil litigation – is focusing on four areas: costs budgeting, guideline hourly rates (GHR), costs under pre-action protocols/portals and the digital justice system, and the consequences of the extension of fixed recoverable costs (FRC).

The consultation is just seeking views at the moment and does not set out any position on these issues. The purpose is not to propose granular changes either.

But it highlighted the wider context of the civil justice system in which reform should be seen, in particular digitisation, vulnerability and its economic significance.

On digitisation, the group said: “This has the potential to transform civil justice and reduce its cost and complexity for many court users. Its impact is only beginning to be felt. The costs system in civil justice must be fit for purpose in a digital justice system.

It stressed how a functioning civil justice system was “the bedrock of the economy” but undermined by “lengthy delays and excessive cost”.

With the 10-year anniversary of the introduction of costs budgeting approaching, “now is an opportune time to review the impact and effectiveness of the rules”, the consultation said.

It acknowledged how views were split among both practitioners and judges. “[Judges] in favour of reform suggest that they often feel they are not equipped to conduct the costs budgeting exercise properly (whether by reason of lack of training, experience or information).

“Further they consider there to be a disparity between budgets approved in London, which are thought to be more generous, and those approved elsewhere.

“Judges in favour of the current rules point out that for courts outside London, costs budgeting is the key (and often only) tool to prevent disproportionate costs in cases at the lower end of the multi-track.”

Among the questions asked was how an early focus on costs could be maintained if costs budgeting were restricted or abolished.

The working group will not review the GHRs themselves; instead it is considering “the purpose and effect of GHRs in the current interlocking landscape” – such as the impact of remote working and hearings – and, if a place for them remains in the future, the mechanism by which they should be reviewed.

The group said access to justice included access to pre-action processes, a point recognised earlier this year by the Supreme Court in Bott v Ryanair. “The importance of full engagement in the pre-action area will be just as great, if not greater in the future with a digital justice system,” the consultation said.

It asked whether there was a need to reform the processes of assessing costs when a claim settled before issue – both solicitor/own client costs, and party and party costs – as well as what purpose the current distinction between contentious and non-contentious business served.

When it came to FRC, the group sought views on the impact of extending them and whether there were any other areas in which some form of fixed costs or cost capping may be worthy of consideration.

“A possible example could be certain kinds of high-value specialist litigation. An idea mooted recently has been to set up an extended form of costs-capping arrangement, similar to the one operated in the Intellectual Property Enterprise Court but set at a higher level, for patent cases in the shorter trials scheme.”

David Bailey-Vella, vice-chairman of the Association of Costs Lawyers, commented: “Costs reform is moving quickly. The issues raised by the CJC are fundamental to the functioning of the civil justice system and lawyers must take seriously the reality that what they recover in costs, and how they recover it, could change radically as a result of this process.

“The Master of the Rolls has clearly set out his vision of digital justice and this consultation should be seen in that context. The way litigators do business will look very different in the years to come. We urge the legal profession to join us in engaging with this debate to ensure that the result is a system that is fair to all.”