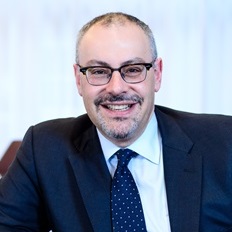 Libson: Other legal centres are stealing a march

The civil justice system and some areas of the law in England and Wales are “in desperate need of modernisation”, a report by the Social Market Foundation (SMF) has found.

The report, sponsored by law firm Mishcon de Reya, said the civil justice system “performs poorly” compared to other jurisdictions, particularly Singapore, while the law itself “falls short” in important areas, such as technology.

“Places such as Singapore have made considerable strides in recent years to modernise their dispute resolution offerings to international businesses.

“Further, Singapore’s civil courts are more efficient than those in this country, which helps contribute to the high domestic growth rates experienced by Singapore in recent decades.”

In the report Law and the Open Economy, the thinktank said going to law in England and Wales “takes too long” and costs too much.

“It is particularly difficult for smaller and medium-sized enterprises to utilise the civil justice system when needed.

“However, excessive time and cost are significant concerns for larger businesses involved in disputes, too.

“The slowness and ‘cost risk’ associated with using the civil courts are key reasons why arbitration, for example, has become more popular among international businesses.

“Further, there is a persistent problem with the recruitment and retention of judges, which contributes to the slowness and cost of litigation.”

The SMF said the problems had arisen in part because of the “complacency” of those with positions of trusteeship over the law and legal institutions, such as politicians.

In its recommendations, the SMF said policymakers needed to “more explicitly recognise” that the civil justice system was vital social infrastructure that needed to be “nurtured and sustained” and the quality of the system needed to become a cross-governmental concern.

The first step should be the government setting out the aim of moving the system to the ‘global frontier’ by 2030, so that it was “at least as effective as the best systems in the world” such as Singapore, South Korea and Norway.

English law should be modernised, so that gaps in the law on technology – such as AI or blockchain – on patterns of commerce like digital trade, or on business models and practices were filled.

The government should set up a “time-limited, adequately resourced expert legal modernisation commission, which can analyse the scale of the problems and identify proposals for reform, with the explicit aim of updating the corpus of English law to make it ‘world leading’.”

To establish a degree of “quality control” over the use of English law by other jurisdictions, the government should make funds available to enable the judiciary to train foreign judges and “should look to fund international networks of judges, academics, and practitioners from common law countries”, with the support of the large law firms.

Legal services should also be a priority area for inclusion in future trade deals pursued by the UK government.

Mishcon de Reya did not have any influence over the report. Managing partner James Libson commented: “For too long, we have taken the economic and social benefits of our system of law for granted, ignoring growing problems and allowing other legal centres to steal a march.

“If we are to continue experiencing the considerable benefits that English law has historically brought to the UK, it is vital that government, legislators, business and the legal profession act now.”