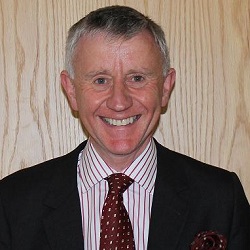 It made no significant changes to the report issued in January, which called for “modest” increases in the GHR, ranging from 7% to 35% (see the figures below).

They now go to the Master of the Rolls, Sir Geoffrey Vos QC, to decide what to do.

The key changes include amending the London 1 and London 2 rates to reflect the work done, rather than whether or not firms were in the City, making London 1 primarily be for very heavy commercial and corporate work and London 2 for all other work.

The National 2 and 3 bands would be merged into a single band and those parts of the country not currently allocated to a band would be put into one.

The only changes of note made from January were in the proposed revised Guide to the summary assessment of costs, perhaps most significantly adding a statement saying that the GHR “may also be a helpful starting point on detailed assessment”.

The working party, chaired by Mr Justice Stewart, received 103 responses to its consultation.

The final report said: “It would not be unfair to summarise the responses from receiving and paying parties by saying that the former argued that the proposed GHRs were insufficient and that more specialisations should be recognised as warranting separate and higher GHRs; the latter that they were based on totally flawed methodology and that no increase was warranted or, indeed, that the present GHRs were too high.”

The biggest criticisms related to the methodology the working group employed to generate the proposed GHR, which mainly used the rates allowed by judges on assessment.

There were several calls to look to at claimed rates but the group rejected the argument that these reflected ‘market rates’. Costs budgets could also not be used as the court did not approve hourly rates as part of the budgeting process.

The report said that, “though capable of some valid criticism”, the methodology was “the best available in all the circumstances and is a sufficiently sound basis on which to make recommendations”.

Though only a small percentage of cases go went to assessment, “to suggest that the experienced costs judges’ knowledge of hourly rates claimed and allowed should not therefore be relied on is not accepted.

“Albeit that it is not a ‘scientific’ yardstick, it is a reasonable one, and is based on experience.”

The report went on: “The working group considers that there is wisdom in the area of GHRs in the aphorism that ‘He who seeks perfection will never be content’.”

The change in approach to the London bands sparked worry that non-commercial work that was nonetheless very complex and substantial would be limited to London 2 rates, but the report responded: “If the work is of such a high order, there is plenty of scope for judicial discretion to allow rates equivalent to London 1.”

The report said it was a deliberate decision not to specify in the guide that the judge could reduce the rates allowed from the GHR.

“If a costs judge considers that the work does not warrant a grade A-C fee earner, the usual way of reflecting this is by allowing the work done at the rate of a lower grade fee-earner, though the judge always has a discretion to allow a lower rate than GHR”;

Also, with “substantially more barristers employed in litigation firms since 2010”, employed barristers’ rates should be allowed at the grade which best reflects the length of their litigation experience – at the moment, they cannot claim higher than grade C.

The report also recommended to the rule committee that the signatory of the summary assessment form N260 and detailed assessment bill should have to specify the location of the fee-earners carrying out the work.

This is not, however, intended to cover work done from home: “The purpose of the recommendation is precisely to deal with files being transferred to a different office for work to be done there.”

The interim report recommended annual uprating but the final report said the question of which index to use for this was “extremely controversial”.

“It is understood by the working group that the government has considered such matters in connection with its reviews of [fixed recoverable costs] and [Intellectual Property Enterprise Court] capped costs.

The working group acknowledged the argument from many paying parties and their representatives that the review should have been conducted in the wider context of how civil litigation was changing, including court modernisation and more home working.

“These suggestions could not at this point in time be properly assessed and taken into account by the working group,” it said, repeating the recommendation in the interim report that there should be a more fundamental review, possibly in three years’ time.

Mr Justice Stewart said: “It is hoped, if the recommendations are accepted, that the new rates will offer greater certainty to litigants, the professions and the judiciary.”

Sir Geoffrey said: “I am mindful of the views of those who have taken the time to write to me and raised concerns during the consultation process in respect of likely changes to working practices following the pandemic.