City solicitor who lied about passing exam is struck off 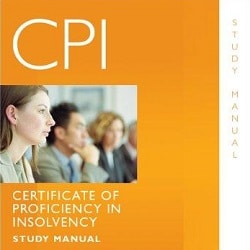 Certificate of Proficiency in Insolvency: Solicitor did not take exam

A young solicitor who lied to his City employer about passing an insolvency exam has been struck off by the Solicitors Disciplinary Tribunal (SDT).

The tribunal said that even if Michael William Freeman was working in what he claimed was a “toxic and uncaring environment” in the London office of US firm Proskauer Rose – and this was not accepted – “it did not excuse his dishonesty”.

The ruling demonstrated the impact of last year’s High Court ruling in the Sovani James case, which said that pressure of work or working conditions could not justify dishonesty by a solicitor.

Mr Freeman was born in 1987. He joined Proskauer Rose as a paralegal in 2012, before beginning a training contract and qualifying in 2014.

He continued at the firm, handling insolvency and restructuring work, and agreed with supervising partner MF that he would complete the Certificate of Proficiency in Insolvency exam.

He began the course in January 2016 and was due to sit the exam that June. BPP, the course provider, rescheduled this for December 2016, after it emerged that Mr Freeman had not been properly registered.

Mr Freeman did not sit the exam, but in January 2017 he told MF that he had passed it, repeating the lie “on a number of other occasions”.

MF asked the solicitor to include passing the exam in his updated team profile in February 2018. Mr Freeman included it in one version of a profile he sent to a staff member, but not in a later version.

MF had become suspicious about whether the solicitor had passed the exam and checks by a colleague, PB, with the Insolvency Professional Association indicated he had not sat it.

Asked to produce his exam certificate, Mr Freeman said it was at home but “may not be easy to access” due to redecoration. He later told PB the certificate was in his ex-fiancée’s house and would be “very difficult to retrieve”. Mr Freeman was then asked to obtain a replacement certificate.

He changed his story, telling PB he had failed the exam, having “messed up” an essay question. He was suspended at the end of February 2018 and summarily dismissed at the end of April that year.

Mr Freeman told the Solicitors Regulation Authority (SRA) that this was due to “pressure of work” and a “fear of failing”, and work pressure was having a “serious impact” on his relationship with his fiancée.

Responding to questions about the work environment at Proskauer Rose, MF told the SRA that the team had “open and frank discussions and occasionally we all swear”.

He continued: “I am no exception. Neither [Mr Freeman] nor anyone else has ever complained about the tone of my voice and how we discuss matters either on a day-to-day basis or even when we are working on intense and challenging transactions.”

The SDT said Mr Freeman’s misconduct was motivated by “his desire to retain his job and maintain the favourable view of his colleagues and bosses”.

The tribunal went on: “It was clear from the documentation that those who supervised the respondent held his abilities in high regard and considered that he was good at his job.

The tribunal accepted that he had initially acted spontaneously, but thereafter did nothing to correct his “misrepresentation” and “on numerous occasions continued to assert that he had taken and passed the exam” to more than one person.

“The respondent was only truthful about his situation when he had no option but to tell the truth.”

Although Mr Freeman was a “relatively inexperienced lawyer”, he was “experienced enough to understand the importance of being truthful about his exam result”.

He admitted his misconduct, having offered to reimburse Proskauer Rose for the cost of the course, and the tribunal found he had shown “genuine insight”.

His counsel argued that he had not been dishonest, but the tribunal found that he had been. The solicitor was struck off and ordered to pay costs of £9,400.