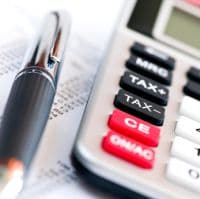 Tax: Payment not made to protect the business of the partnership

A City law firm partner who had to pay £215,000 to settle his debt to the bank of his former firm, which had gone bust, was not able to deduct it from his earnings at his new firm for tax purposes, the Court of Appeal has ruled.

He then joined the London office of US firm Squire Sanders Dempsey (SSD), but in 2007, Bayerische Landesbank sought repayment of the $17m from Mr Vaines and others on a joint and several basis, either as former HH partners or partners in SSD, which had succeeded to part of its business.

In a witness statement to the First-tier Tribunal that heard his case, Mr Vaines said: “I did not consider that I was liable for any part of the amount claimed by the bank but the risk of challenging the bank through the German courts was unacceptable to me.

“The bank made it clear that they would sue me for the full amount which I understood was €17m on the basis of joint and several liability.

“I would have been involved in expensive and lengthy litigation in a foreign country and even a comparatively modest success on their part would have bankrupted me.

“Even a very low risk of bankruptcy was too great a risk to contemplate as it would have effectively deprived me of my livelihood.”

It was accepted that, were he made bankrupt, Mr Vaines would lose his position as a partner in SSD.

Mr Vaines reached an agreement with the bank to be released from all claims against him by paying €300,000. SSD loaned him and other colleagues the money, which he repaid over an agreed period.

The Upper Tribunal then allowed HMRC’s appeal on the first two issues, a decision the Court of Appeal upheld.

Lord Justice Henderson said there was only one relevant trade, namely that of the partnership carried on collectively by the members, rather than regarding each partner as carrying on a separate trade.

“Far from deeming there to be a series of separate trades carried on by the individual partners, the legislation treats the collective trade of the partnership as if it were the trade of a single UK-resident individual,” he said.

Before the appeal court, Mr Vaines – who in 2016 moved to the Bar and represented himself – accepted that under the old law before the introduction of self-assessment, he could not have obtained a deduction for his payment, because it was not made to protect the business of the partnership.

Henderson LJ said: “The change to self-assessment made no material alteration to the way in which the profits of a partnership’s trade are computed.

“That being so, I consider that Mr Vaines is no more able now, than he would have been 25 years ago, to obtain a deduction for expenditure which was not incurred wholly and exclusively for the purposes of the partnership business.”

Further, the payment was not made “wholly and exclusively” to the benefit of SSD, the judge said.

“He made the payment, for entirely understandable reasons, in order to settle a claim which had the potential to render him bankrupt, if he lost, and thereby to lose his position as a partner in SSD.

“From his personal point of view, therefore, it was expenditure which bought him peace of mind and enabled him to continue in his chosen career. But that does not turn it into expenditure which was wholly and exclusively incurred for the purposes of SSD’s trade.

“Had that been the case, it would have been necessary to adduce evidence of a decision to that effect taken by the firm in accordance with its constitution, and one would then expect the firm to have made the payment itself, or at least to have reimbursed the payment if Mr Vaines made it personally.

“By contrast, the firm’s involvement was limited to lending the necessary money to Mr Vaines who then repaid it over an agreed period. The firm’s balance sheet was thus unaffected.

“How, then, could a deduction properly be allowed, for expenditure which the firm had deliberately decided not to incur, in computing the firm’s trading profits?”