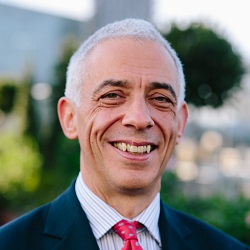 A solicitor was “so obsessed with making money from his work that he lost any real sense of objectivity, proportion or indeed loyalty to his client”, a High Court judge has found.

Mr Justice Waksman said that Neil Gerrard, a former partner in the London office of international firm Dechert, would make “extravagant claims” to support his own reputation – “and, in my view, his ego” – such as that he had been approached to be director of the Serious Fraud Office (SFO) but had turned it down.

This claim even appeared on his profile on the Dechert website but there was no evidence that it had happened, the judge said.

The judge was ruling in a claim brought by then FTSE-100 mining company Eurasian Natural Resources Corporation (ENRC) against Dechert and Mr Gerrard that, between 2011 and 2013, they acted deliberately against ENRC’s interests over internal investigations they carried out into alleged corruption at the company’s subsidiaries in Kazakhstan and the Democratic Republic of Congo.

A key objective was to avoid an SFO investigation, but one began in 2011 and is still ongoing.

ENRC also accused the SFO of being complicit with Mr Gerrard, in that it knew contacts he had directly with the prosecutor were without the knowledge or authority of ENRC.

ENRC sought to recoup £11m of the £13m in fees it paid to Dechert for work it said need not have been carried out, as well as another £11m worth of unnecessary third-party fees, along with around £250,000 worth of lost management and employee time.

Waksman J said he found Mr Gerrard to be “a highly unreliable and at times dishonest witness”, adding: “His evidence was often inconsistent with the documents or implausible, and on more than one occasion, he was plainly lying.”

Talking about his motivation, the judge said there was “nothing wrong with a solicitor wanting to build up business for his firm and thereby bring financial and reputational benefits for the firm and himself”, but Mr Gerrard’s approach to getting work for ENRC in this case went “well beyond what might be regarded as the norm”.

“They are that he was so obsessed with making money from his work that he lost any real sense of objectivity, proportion or indeed loyalty to his client. And that in order to support his own reputation – and, in my view, his ego – he would make extravagant claims.”

This extended to how much work he would bring with him when he joined Dechert from DLA Piper in 2011.

“Some of the observations made about Mr Gerrard (most of which were complimentary) by those Dechert lawyers who interviewed him are also revealing,” Waksman J continued.

“They refer to his ego, a lack of clarity on details of profits for the work he did, his ability to turn a small job into a large one and a strategy of ‘hero marketing’ around him. These are not, by themselves, fatal criticisms. But they do give a clue to his modus operandi.

“I have little doubt that Mr Gerrard had a large ego and a belief that he is always right and expected others to follow him implicitly.”

But notwithstanding his assurances about fee income in the event that he moved, the only client of note that came to Dechert through him before 2013 was ENRC. Almost all of his income in that period was drawn from the profits from the £13m billed to the company.

“It therefore stands to reason that the more trouble ENRC perceived itself to be in, with regard to matters that might be of interest to the SFO, or indeed simply to itself as a matter of good governance, the more work would be generated for Mr Gerrard and Dechert, among others,” the judge found.

He held that Mr Gerrard had “a motive and inclination to ‘kick-start’ more substantial work for ENRC by increasing the prospect that the SFO would become involved, not so as to provoke a criminal investigation; but rather to cause a large amount of work to be done which would lead to a self-report and some form of civil settlement which would avoid a criminal investigation”.

At the end of a 386-page judgment, Waksman J found Mr Gerrard the instigator of three leaks to the press about the corruption claims and that he engaged with the SFO without authority before the first leak.

He was also in at least reckless breach of duty in respect of multiple contacts he had with the SFO.

He further held that, among other things, Mr Gerrard was negligent – and for the most part reckless – in his failure to record in writing his own advice; giving wrong advice on multiple issues; unnecessary expansion of the investigation; failing to protect ENRC in relation to privilege; and being the anonymous sender to the SFO of a brown envelope that contained confidential and in some cases privileged information about ENRC.

Waksman J ruled that the SFO in “serious breach” of its own duties in relation to 15 of the direct contacts with Mr Gerrard and that, subject to proof of causation and loss, the tort of inducement to breach of contract on the part of Mr Gerrard was established.

“Some, but not all of the elements of misfeasance in public office were also established, but not sufficient to make out the tort itself.”

The proceedings will now move on to questions of causation and loss.