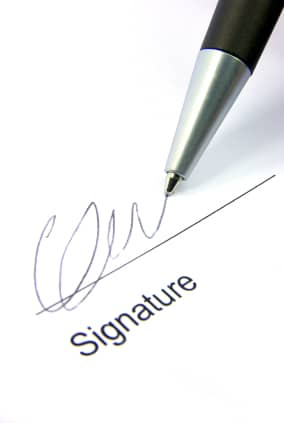 A partner at a City law firm who said a client had signed documents in his presence when she was actually abroad has been struck off by the Solicitors Disciplinary Tribunal (SDT).

The SDT said Stewart Stocker, formerly a partner at niche practice Lauriston Saggar, had been “pushed into a corner”, taking over a conveyancing matter where completion was fixed and there was “pressure to meet the date”.

The tribunal found that despite Mr Stocker’s claim that there had not been “any ‘blatant dishonesty’ on his part”, he had been dishonest.

“It appeared that his motivation was to complete the property purchase for his clients in time. His misconduct was spontaneous rather than planned; these were existing clients for whom he had conducted 14 other transactions and they wanted the documents in this one passed to the other side urgently.

“The respondent acted in breach of a position of trust in that he was trusted by the lender which had a reasonable expectation, although they were not his clients, that as a solicitor he would execute the documents with his clients in the manner that they prescribed.”

He was acting for two borrowers of nearly £1m. He admitted sending an identity certificate of satisfaction, loan facility letter and legal mortgage over the property to another firm of solicitors, in which he confirmed that his clients had signed the documents in his presence when in fact one of them was in Nigeria at the time.

After being questioned about this by the lender’s solicitors, Mr Stocker had the documents re-signed when the client returned to the UK two days later.

Ultimately the lender decided not to proceed with the transaction in part because of unhappiness with Mr Stocker’s conduct.

The managing director of the company loaning the pair nearly £1m told the tribunal that he visited Mr Stocker at his office on 12 January 2017.

“They asked for the respondent at reception but rather than being shown to his office, or a boardroom they were shown to a communal kitchen in the basement with a bar stool and table.

“They proceeded to check what had happened leading up to that point. The respondent told them that the mother, Mrs F, was not present in his office and that he was sorry that he had not told the truth. He was sweating and nervous.”

Mr Stocker denied dishonesty and “asserted that there had been a misunderstanding” between him and the partner at the other solicitors.

However, the tribunal found as a fact that the other partner’s version of the conversation was correct and “that there had not been any misunderstanding on his part” and “again the respondent had made an untrue statement”.

The SDT said Mr Stocker was “quite an experienced solicitor”, and although the loan transaction did not proceed and there was no evidence of financial harm, Mr Stocker’s misconduct was “harmful to the whole conveyancing system”.

The tribunal said it could no find no exceptional circumstances in Mr Stocker’s case. He had referred to his mental health having suffered, but produced no medical evidence.

Mr Stocker was struck off and ordered to pay £4,980 in costs.