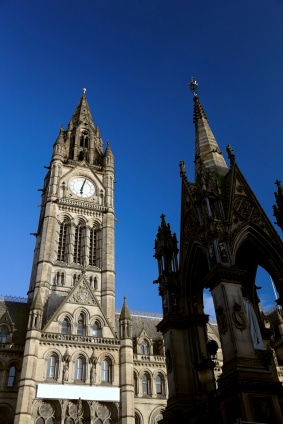 Manchester: Most legal employees outside London

The strength of the UK’s regional legal centres has been highlighted in a report of the state of legal services by TheCityUK, which gave an overview of the sector outside the capital for the first time.

Manchester emerged as the strongest regional centre in terms of legal employment, with around 12,000 people working in legal services in 2015 – the most recent figures available – compared with 8,000 in Birmingham and Leeds.

However, Leeds led the way on legal services ‘gross value added’ (GVA) – which measures the contribution to an economy of a region – with £345m, followed by Birmingham with £321m, compared to only £291m for Manchester.

Bristol, despite its smaller size, has a particularly strong legal sector, with around 7,000 legal employees and a GVA of £253m.

Cambridge was the most striking of the smaller legal centres, with 1,500 legal employees delivering a GVA of £182m.

The report noted that a number of leading City firms had set up operations outside London, for example Allen & Overy, Baker McKenzie and Herbert Smith Freehills in Belfast, Hogan Lovells in Birmingham or Berwin Leighton Paisner, Freshfields Bruckhaus Deringer and Latham & Watkins in Manchester.

“While these operations initially focused on back-office support and commoditised legal work, many firms are now increasing their scope to include a range of increasingly complex legal activity.

“This enables firms to develop differentiated client offerings by responding to their demands for cost-efficient service delivery.”

On international arbitration, the report said the UK was the leading global centre, with more arbitrations taking place in London than in any other city in the world.

TheCityUK said the value of the courts in underpinning arbitration enforcement was shown in the rise in claims in the Commercial Court relating to arbitration, from 27% in 2016 to 30% by September this year.

The report suggested a number of reasons why London and UK might be selected for an arbitration by the parties.

These included the legal framework provided by the Arbitration Act 1996, and Arbitration (Scotland) Act 2010, under which awards are enforceable and there are limited grounds for challenging them.

Other reasons cited were depth of expertise in larger complex cases, a well-respected judiciary and flexibility in procedures developed by dispute resolution organisations.

The report found that English law was used in 40% of all global corporate arbitrations in 2017 and almost 26,000 disputes were resolved by alternative dispute resolution.

Gary Campkin, director of policy and strategy at TheCityUK, said the government should take “every possible step” to deliver the right Brexit deal for the legal sector and the lobby group strongly supported the government’s intention to maintain close co-operation on civil matters.

“It should now put these commitments into action as soon as possible by mapping out the process of accession to The Hague and Lugano Conventions, as well as bringing the Rome I and II instruments into UK law.

“There must also be a focus on delivering continued mutual market access as part of the UK’s future relationship with the EU 27 to ensure the sector as a whole can maintain its international competitiveness and significant contribution to the UK economy.”