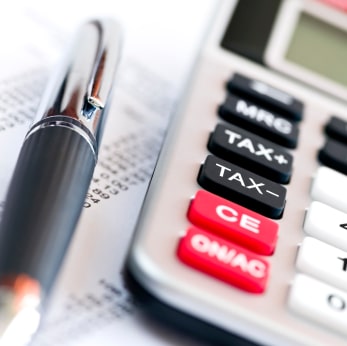 City lawyers have ratcheted up their attempt to limit the scope of legislation aimed at tax abuse by LLPs, with submissions to the House of Lords and HM Revenue & Customs (HMRC).

They turned their fire on the draft Finance Bill’s provisions on ‘salaried members’ – who will be defined beyond those who would be employees if their current terms were replicated in a partnership.

It would reclassify as employees those who have no economic risk if the LLP makes a loss and who are not entitled to any share of the profits or surplus assets of an LLP’s winding-up.

David Hobart, chief executive of the City of London Law Society (CLLS), in a letter last week warned HMRC that a “technical note and guidance” attached to the provisions on salaried members was “confused” and “needs to be dramatically improved”.

HMRC tests were “poorly drafted, leading to unsatisfactory (over-)reliance on (entirely non-binding) HMRC guidance”, the society said. This was “particularly disappointing” given the “time and effort the society had spent engaging with HMRC”, it noted.

The CLLS objected to the HMRC’s definition of salaried member to include an individual who “is remunerated by reference to the performance of part of a business rather than all of it”.

In a separate submission sent to the House of Lords economic affairs committee, he said: “This cannot be right: if such an individual is not ‘really’ a partner in the entire firm, then surely their position is far more akin to that of a partner in a smaller firm than that of an employee?”

He continued: “Our view is that the legislation should not apply to any individual whose arrangements are such that what they get is a slice of the firm’s total profits… The defining feature of salaried member status should be whether an individual gets paid anyway even if profits are insufficient.”

As it is currently drafted, the CLLS argued, the bill fails to meet its own policy objective and “will catch many individuals who are in fact clearly equity holders in economic terms and not employees”.

It reiterated its call for implementation of the proposals – if imposed – to be delayed until 2015  and urged that their scope be reviewed. It argued that the detail “exceeds that of the published policy and so does not give proper effect to it.”

Further, it said the anti-avoidance rule was also drafted too widely and would catch “a genuine restructuring of arrangements in response to the new rules with the real commercial effect of turning members into what HMRC would accept were ‘true” partners.’ This could not be what was intended, the society observed.

On the proposed partnership tax changes generally, the CLLS told the committee it had “extremely grave concerns” about one form of partnership being treated differently to other forms of partnership and on the way these measures were being implemented, which were “contrary to the principle of legal certainty by which the UK sets so much store in measuring its international competitiveness”.

The latest submissions follow confirmation in December by Chancellor George Osborne that the government would push ahead with its partnership tax reforms. Last month a Treasury review found HMRC needed to do more to counter the feeling among many partnerships that it sees them, and LLPs in particular, “as if they were exclusively avoidance vehicles”.