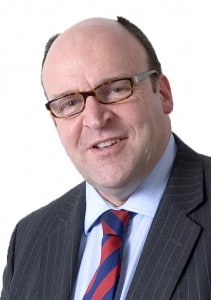 Bull: legislation could be ill-judged, disproportionate, burdensome and potentially unworkable

The government’s proposed attack on tax abuse by law firm LLPs and partnerships is “at odds” with its own aim to make the UK the global centre for the wealth management industry, City lawyers have claimed.

They have also warned that HMRC’s proposals to crack down on what it deems to be tax avoidance schemes by professional services firms will push firms towards adopting an ill-fitting corporate structure.

The government is consulting on removing the presumption of self-employment for some LLP members to catch those who are effectively employees, and measures to counter schemes involving partnerships made up of both individual and corporate members where profits or losses are allocated in order to reduce tax.

The City of London Law Society’s (CLLS).revenue law committee – chaired by Herbert Smith Freehills tax partner Bradley Phillips – urged caution over the proposals, which it repeatedly labelled as unsatisfactory in a strongly worded response to the consultation.

The CLLS said it is “not credible” to advertise the UK as ‘open for business’ and then instigate “complex and detailed” tax rules changes making existing business structures unworkable.

Under the proposals, set to come into force on 6 April 2014, HMRC aims to recover £300m within two years – primarily from large professional organisations, including law firms. The CLLS called for the proposals – if imposed – to be delayed until April 2015.

HMRC also plans to further define ‘salaried members’ beyond those who would be employees if their current terms were replicated in a partnership. It would include those who have no economic risk if the LLP makes a loss and who are not entitled to any share of the profits or surplus assets of an LLP winding-up.

Mr Phillips called for a simplified single test instead. He said: “We would prefer a test based on the first condition, which would tax an LLP member as an employee if, as a matter of employment law, they are an employee.”

Addressing the attack on corporate partners in a mixed partnership, Mr Phillips said that the CLLS’s “most significant concern” was around profit deferral arrangements.

He said: “Using a corporate member to manage such deferral arrangements in an LLP structure has to date been the most efficient and straightforward thing to do. If it is not going to be acceptable to achieve deferral in this way going forwards, the government must introduce an alternative option…

“We cannot accept the proposition that a mixed membership partnership where the corporate member serves a legitimate business purpose such as managing working capital or facilitating remuneration deferral should be at risk of being caught by rules designed to apply to aggressive tax avoidance schemes.”

Mr Phillips concluded, on behalf of the CLLS, that “the effect of these changes may well be to push businesses back towards a corporate model, particularly given that such a model now potentially carries the lowest tax rate of any business model… even though we are talking about businesses whose equity-sharing arrangements more naturally fit the partnership model”.

Accountants Baker Tilly said they were “concerned” that under these new terms proposed by HMRC, it would be difficult to determine the true tax status of certain LLP members.

George Bull, chair of Baker Tilly’s professional practices group, said: “The proposed test to determine whether someone is self-employed will mean that individuals will have to exercise subjective judgements to determine their tax filing position, and this could result in subsequent challenges from HMRC.

“We think HMRC should consider either merely repealing the statutory presumption of self-employment, or replacing the proposed new tests with a more objective scorecard based on factors such as financial risk, the amount of capital invested by a member in the LLP, and the proportion of results-related remuneration.”

On mixed partnerships, Mr Bull said: “LLPs and partnerships frequently have corporate members in order to ensure that profits retained in the business are ring-fenced and, as a consequence, taxed at corporate tax rates rather than income tax rates.

“It is interesting that in the consultation document HMRC recognises the commercial rationale for these arrangements, but then goes on to disregard it.

“We are concerned that, by imputing a dominant tax avoidance motive where none exists, HMRC intends to bring forward legislation which – because it ignores the commercial circumstances in which partnerships and LLPs operate – may well prove to be ill-judged, disproportionate, burdensome and potentially unworkable for many firms.”