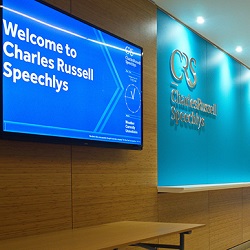 A City law firm acted unreasonably in refusing to mediate a professional negligence claim that it ultimately lost, the High Court has ruled.

However, His Honour Judge Russen QC, sitting as a High Court judge, said Charles Russell Speechlys’ (CRS) conduct overall did not need to be punished with indemnity costs.

In late April, he ordered CRS to pay two former clients nearly £1.5m after finding its advice on the sale of their company negligent.

The claimants sought indemnity costs on the basis of CRS’s unreasonable refusal to mediate in response to four offers by the claimants between December 2018 and December 2020, all but the last one of which was made before the claim form was issued in September 2020.

CRS’s response to the first offer was that a mediation would not be productive or cost effective at that stage, but it would keep the merits of ADR under review once full disclosure had been given.

It responded to the other three by saying there was no point as the claim was doomed to fail.

In addition to relying on what it described as a “measured” £500,000 part 36 offer in November 2021, CRS told the court that there had still been no disclosure by December 2020.

The firm also pointed to the provision for mediation in its costs budget as an indication that it was open to mediation.

HHJ Russen concluded that CRS’s approach to mediation was not reasonable, particularly because “any concern about the need for some disclosure to shed light on certain aspects of the case… could have been explored in preparation for mediation or inquired into at a mediation”.

Further, CRS made “certain assumptions” about the claimants’ motivations for and expectations of the litigation – which meant it felt mediation was most unlikely to succeed – and these were “just the kind of matters which a mediator would have explored”.

HHJ Russen observed that “most mediators are skilled in seeking to moderate the expectations of any party which may be based on matters collateral to the merits of its case”.

The timing of CRS’s offer – just over three months before trial – also “signifies their general passivity in the ADR process over the period of almost three years since a mediation was first proposed”.

At the same time, the failure to engage with mediation was only one aspect of the conduct to be considered in deciding on indemnity costs and here it did not justify them.

“To make such an order would involve elevating that factor over others which weigh in their favour,” said the judge.

“Those others include them successfully resisting a significant part of a claim put at around £4.3m and doing significantly better than either of the claimants’ part 36 offers proposed…

“In circumstances where neither side made a cost-effective part 36 offer, the defendants’ unreasonable conduct in relation to mediation is in my judgment sufficiently marked by an order that they pay the claimants’ costs down to and including trial on the standard basis.

“That is an appropriate ‘sanction’ for them not engaging in a process of ADR which might have curtailed those costs in a significantly lower sum at an earlier stage of the proceedings.”

HHJ Russen also refused both sides leave to appeal – the claimants said the damages should have been £2.6m – and ordered CRS to pay £713,000 on account of costs.