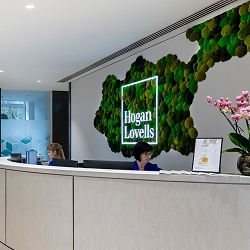 City giant Hogan Lovells only achieved partial success in a bid for summary judgment over complaints that it had multiple conflicts of interest while acting for a Ukrainian tycoon.

One of the two aspects of Vadim Shulman’s claim challenged by Hogan Lovells had “a real prospect of success”, ruled Daniel Toledano QC, sitting as a deputy High Court judge [1].

A claim form was issued in May 2017 but in early 2018 Mr Bogolyubov, the anchor defendant, successfully applied for a declaration that the court had no jurisdiction because he was no longer domiciled in England by that time. The Court of Appeal refused permission to appeal.

Mr Shulman alleges that breaches of duty by HLI meant he was unable to pursue his claims in England and so lost a high percentage chance of recovering up to $500m. He is also suing HLI and others in Ukraine.

He says the firm had “multiple conflicts of interest” as a result of also acting for a Mr Pinchuk – whose own claim against the intended defendants settled early in 2016 – and for PJSC Commercial Bank PrivatBank (PB).

PB claim, issued in December 2017, is that the pair perpetrated at large-scale fraud on the bank when they were its controlling shareholders.

Mr Shulman complains that HLI should not have acted for PB where they were both “competing for the same assets”.

HLI sought summary judgment on the basis that the PB retainer was dated 7 August 2017 but Mr Bogolyubov had left the jurisdiction by April 2017. Any conflicts could not therefore have caused Mr Shulman to lose the chance to pursue the intended defendants in England.

Mr Toledano upheld the application in relation to Mr Shulman’s argument that the alleged breaches arose before the retainer and Mr Bogolyubov left England.

Whilst the evidence might have extended the date of a duty arising back to 5 July 2017, “there is no credible basis for saying that HLI could have owed a duty to PB prior to early April 2017”, he found.

On the argument of an own-interest conflict, the judge went on: “There is nothing pleaded and no evidence before the court that would indicate that doing a bad job for Mr Shulman would be likely to secure a retainer from PB.”

Mr Shulman also argued that, even if the conflicts only arose from 7 August 2017, they still caused him loss and damage on the basis that, absent the conflicts, HLI would have secured a freezing order on his behalf against the intended defendants (rather than advising him not to seek one) and this might have enabled him to extract a settlement before the jurisdiction ruling.

Mr Toledano concluded: “Whilst there is no doubt that the window of opportunity for settlement was short and that the attitude of the intended defendants would likely have been impacted by the existence of the outstanding jurisdiction challenge, I do not consider on the material before the court at this stage that Mr Shulman’s argument is fanciful.

“It seems to me that it has a real prospect of success and that it should be allowed to go to trial and be assessed in light of all the evidence then available.”

The parties had also been in dispute over whether the judge should determine the true construction of the clause in HLI’s terms of engagement limiting its liability to Mr Shulman to £5m, unless the firm committed “fraud or deliberate misconduct”.

Mr Toledano decided to leave the issue for the trial judge, who would have to consider other aspects of the engagement letter: “It would be better if all aspects in dispute were dealt with together in light of all of the admissible evidence at trial.”