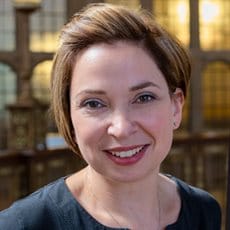 City firms with ‘onshore’ offices in cities such as Belfast and Manchester are breaking professional rules by not making it clear to clients where the work is being done, groundbreaking research has suggested.

Academics from Birmingham University and University College London (UCL) also said that in some offices people described as ‘legal professionals’ were working on zero-hours contracts.

Emily Carroll, senior law lecturer at Birmingham University, and Steven Vaughan, professor of law and professional ethics at UCL, interviewed 25 lawyers at onshore offices in the first and only empirical work on onshoring to date, published by the journal Legal Ethics.

They said global law firms had discovered that “carrying out work from an onshore office and not passing the whole (or, in some cases, any) of this benefit on to their clients” was more profitable than simply reducing their own costs.

“Here, we asked the interviewees whether their clients knew whether they were based in an onshore office as we had noticed that our interviewees often had London telephone numbers (and some a London office location in their email signature).”

The academics said replies revealed a ‘strategy’ by City firms not to distinguish between the different offices, “obscuring from clients that work is done by employees outside London at a cheaper cost base” and preventing them from “chipping” at fees they had already agreed to.

“So, a law firm agrees a price of X (per hour or per matter) with the client, and is able to make profit on X by having some of the work done outside of London (with or without the client’s knowledge).”

The financial context was that clients were demanding ‘more for less’ and questioning why law firms should have a profit margins of 30-50% when a lot of their suppliers had much smaller margins. 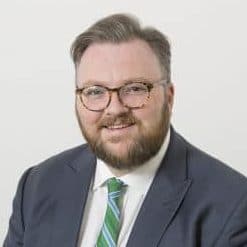 When asked directly by their clients, the lawyers interviewed were “encouraged not to hide” their location. One of them commented: “I can’t remember how it (the move to onshore) was sold, but every dog in the street knows it was set up to increase partner equity… All these big law firms, they aren’t charities, they only do work to increase PEP and it’s spun a thousand ways.”

The academics said: “We might question whether some of the messaging by firms around onshoring is in strict compliance with the professional obligations of those firms under the code of conduct set out by the Solicitors Regulation Authority… This may be good business for the law firm, but seems rather disingenuous.”

They cited the SRA Principles on acting with integrity, and in the best interests of every client, and an indicative behaviour under the old code requiring clients to be informed about the people doing their legal work and how it was supervised.

The research identified two models of onshoring: ‘London Lite’, where the onshored law firm office tries to mirror the London office in terms of the sort of work that is done and the organisational structure; and the ‘Matter Mill’, which is structured differently, taking on far more routine and lower-quality work (unbundled from a more complex piece of work), often undertaken by large pools of paralegal-equivalents supervised by a small number of qualified solicitors.

The academics said document management work carried out by groups of people ‘en masse’, supervised by one person, could be regarded as “servile”.

In some cases, people described as ‘legal professionals’ were working alongside paralegals on zero-hours contracts.

The interviews suggested onshore offices were servicing their London HQs in a way that “equates to a form of dirty work, both necessary and important to London (to keep clients happy to increase firm profits) but which is also lesser”.

They went on: “Drawing on the ‘dirty work’ scholarship, we have come to the view that these onshore offices are held in subjection to the London ‘client’.

“Over half of those we interviewed identified the London office of the firm as one of, or their main, ‘client’ and there were lawyers in all of the onshore offices agreeing that the ‘the partners in London are the hands that feed me’.”

One major theme that emerged was that the onshore lawyers felt “just slightly more removed” from their firm’s culture because they were ultimately badged as ‘a service provider’ rather than a lawyer in the traditional sense.

“Labelling many of the onshore offices as ‘legal services centres’, rather than offices, further denotes the diminished status of the work that the lawyers in these offices do.”

The researchers found it “striking” that several interviewees felt “compelled to contradict” claims in the legal press and even their firm’s own press releases that their onshore office was a ‘back office’ or ‘service centre’ and “justify their professional standing by the quality of the ‘good’ legal work they did”.

At the same time, the lawyers were often content with their work, having left London for personal and professional reasons, or in other cases the offices enabled graduates of “local, good-enough law schools who are perhaps unable to ‘make it’ in London” to work for global firms.

The research suggested that, by pursuing a pathway hitherto unrecognised by the profession that was unlikely to lead to partnership, “we are seeing the emergence of a new class of lawyer: the ‘sideliners’”.

Using Law Society data, the paper found that 80 of the 130 solicitors working in onshore offices were female and 50 male, while the average percentage of women working in the London offices of these law firms was 53%.

The research concluded: “Onshoring can be seen either as a relatively simple organisational change to the shape of the profession, or, and perhaps more importantly, we can and should see that change as part of a radical reorientation of a division of labour and of what it means to be a profession and a professional.

“Onshoring creates opportunities in the local environments in which offices are opened, but the form of opportunity is different to that offered in London.

“There is the cachet of working for global law firm X (rather than local firm Y, or national firm Z), but there is equally the corollary othering of that work: not quite London, not quite local; good quality but not the best quality; close and yet different; similar but not quite the same.”