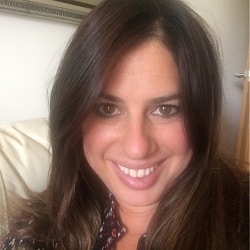 The case of a City lawyer told that leaving work slightly early to pick up her children was setting a bad example, shows how the profession needs to work on changing the culture of presenteeism, a flexible working specialist has argued.

Katy Fridman, founder of Frankly Flexible, told Legal Futures that she has “thousands of female lawyers” in her closed Facebook group, called ‘Flexible working for people like me’, who have left the profession due to inflexibility and “are looking for alternative careers as they have felt unable and unsupported in progressing their careers in their firms”.

She reported on LinkedIn this week that a lawyer in the group had asked her to post anonymously for advice on where to find a new flexible role “as her current manager in a top London law firm says that her leaving slightly early to pick up her children is setting a bad example to the juniors in her team”.

Ms Fridman wrote: “Wouldn’t it set a better example to the junior lawyers for the firm to be seen to be actively supporting their working parents? The firm itself promotes flexible working but these inconsistencies are rife in organisations and need addressing.

“[It] makes me so cross that she’s looking for a new job and that her firm isn’t supporting her to stay. To those in my network who have the ability to influence this in your organisations – please look at how your policies are being pushed down through the organisation with training and education for managers to handle this in their teams and how this will ultimately create a more loyal and diverse workplace.”

Ms Fridman told this website that many firms were “actively addressing” flexible working. “They have introduced legitimate flexible working policies and are genuinely working towards looking after the welfare of their people.

“However, the inconsistency issue is epidemic, where the policy may be in place but is very much reliant on the individual team or manager as to whether it is applied.”

She explained that the case she highlighted on LinkedIn was less about the lawyer needing to leave early “and more about the manager’s resistance to allowing this lawyer to work remotely at times”.

Ms Fridman argued that an “obsession with visibility/presenteeism and lack of trust” was at the heart of the issue, with lawyers’ success determined by the amount of hours they put in “rather than by productivity and outcomes”.

She continued: “In many cases, the firm may have a flexible working policy in place, but their employees are not encouraged to take them up and are continued to be measured by time spent and hours.

“I would say that where the policies might be changing, but it is the culture that needs to change from the top down in order for this to have any true meaningful impact.”

The post received dozens of supportive responses. Paula McMullan, one-time head of recruitment at Slaughter and May and now a careers coach for lawyers, wrote: “Far from setting a bad example to junior lawyers, I think this is exactly what junior lawyers want to see. Too often, I’ve had associates tell me that they don’t see anyone in positions above theirs living the life they would like to lead.”

“We do high-quality, high-pressure work and compete with any medium sized firm. I started it primarily because when I lost my job due to being pregnant and after a series of negative experiences, I decided I never wanted to work for The Man again.”

Eleanor Ludlam, a senior associate at DAC Beachcroft, wrote that many big City firms were changing the culture around flexibility and accepting that they needed to nurture talent through the early parenting years in order to retain good people.

“I am a senior associate in a big City firm and work 3.5 days with some of that from home. I see lots of my children and progress my career,” she posted.