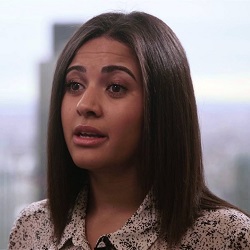 A trainee solicitor starting a pioneering six-month “innovation seat” at Bryan Cave Leighton Paisner (BCLP) this week will be developing a “tangible deliverable product” to help the work of the real estate department.

The City firm said the trainee also could be involved in training artificial intelligence (AI).

The innovation trainee is one of 10 trainees in the real estate department, with a “significant percentage” of their time dedicated to innovation.

BCLP said it was “deliberately integrating innovation activities and responsibilities” into day-to-day work, so innovation was expected “to permeate throughout their entire seat”.

Nick Pryor, the firm’s EMEA director of innovation solutions, said the focus of the new seat was “innovation as a process”, rather than mastery of any particular kind of legal technology.

“We are not training our lawyers to be coders. It is about building their ability to collaborate with our technologists, rather than being trained as one.”

Mr Pryor said the trainee would be working with the firm’s legal engineers, engaged in areas such as document automation, AI tools and client collaboration.

“The idea is to give the trainee a deeper understanding of the art of what is possible and how to identify opportunities for innovation”.

The trainee could be involved in training AI technology to review a particular contract type or help onboard a particular kind of client.

Ms Muir said the decision to create an innovation seat was a response to demand from existing trainees interested in the idea.

BCLP said the first part of the innovation seat would include comparing different technology platforms and process-orientated skills such as design thinking.

The trainee would move on to examining problems specific to their practice group, in this case real estate, leading to a “pitch” of potential solutions.

This would be followed by a practical project to build a “minimum viable product” which could be implemented and used after the trainee’s six months were over.

Mr Pryor said this could involve iterating an existing solution, or starting or establishing a new one, in either case resulting in a “tangible deliverable product” which could be handed over to real estate.

“It could be realistically delivered in six months. This is not just a learning experience.

“One of the exciting things is finding the right balance between structured learning and project execution.”

BCLP is hoping to extend its innovation trainee programme to other departments.

The real estate contract will combine the core real estate seat with complementary seats such as planning and zoning, commercial construction, real estate disputes or tax.