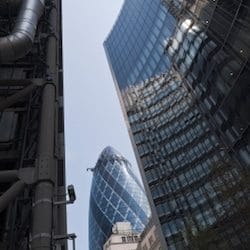 Commercial law firms based in the UK are falling behind their global rivals in adopting new technology, including artificial intelligence (AI) and data analytics, a report has warned.

Researchers said it was “not enough for partners to delegate this to the IT department and scatter relevant buzzwords throughout their pitchbooks” – both investment and cultural change were needed.

“Digital transformation is a hot topic in most major boardrooms, and lawyers risk falling behind their clients’ expectations if they do not keep up.

“But even without client pressure, law firms should be looking more closely at the opportunities offered by the new wave of technology that is becoming available, especially in areas such as artificial intelligence and data analytics.”

They said that although many of the leading law firms in embracing technological change were US-based, examples such as Clifford Chance’s Applied Solutions or Denton’s NextLaw Labs showed that “some UK law firms are well aware of the potential”.

Researchers noted that City firms have recently become involved in “formal collaborations with and acquisitions of, new law and legal tech companies”.

They went on: “The opportunity here is to transform the way law firms work, and this will involve a cultural change as much as investment in technology.”

Frontline partners would need to be equipped with the knowledge to “identify opportunities to apply legal tech” and “explain the benefits, which is often failing in many firms”.

The report highlighted the success of alternative legal services providers (ALSPs) in taking 4.4% of client budgets, a figure which “may underestimate the impact ALSPs are having”.

Referring to a Thomson Reuters survey of the ALSP market last year, researchers said it had a 12.9% compound growth rate, with the larger providers expected to grow at 24% a year.

Researchers said law firms, as well as in-house legal departments, were increasing their use of ALSPs for services such as e-discovery, particularly in the US.

“While this is often driven by cost considerations, in some cases firms recognise there is specialised expertise available in the ALSP market that they do not have themselves.”

Meanwhile larger law firms, including in the UK, were setting up their own subsidiaries for legal-related services.

Allen & Overy had launched A&O Consulting, aosphere (for regulatory and legislative tracking), Fuse (for technology and solutions) and Peerpoint (for legal talent), while Eversheds Sutherland has Konexo, described as an ALSP.

“It may be tempting for UK firms to assume that both foreign (primarily US) and ALSPs competitors will remain niche players in their home market.

“After all, many of the world’s top law firms are UK-based, and there is little sign of the ‘Wimbledon’ effect that the investment banking sector has seen, where the UK plays host to foreign champions but has few homegrown ones.

“Clearly, several of the UK’s leading firms are already preparing for a new world. In our view, all firms should be ready for the changes in the way clients buy legal services.”

The report also indicated that US law firms in London were gaining ‘star’ lawyers and market share from City competitors.