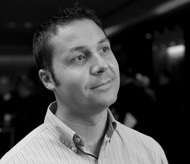 A human resources (HR) outsourcing one-stop shop involving both lawyers and non-lawyers has been launched by City firm DAC Beachcroft, with plans to roll out the blueprint to other areas of legal services.

The outsourcing scheme, The People Pool – whose publicity tag line is “integrating employment lawyers and HR consultants to deliver business solutions” – will allow organisations to “dip into a fully flexible pool of talented employment lawyers, HR professionals and people managers”.

Beachcroft has put together a group of senior freelance solicitors and HR consultants from outside the firm. They are “drawn from a wide range of sectors and many have either operated at boardroom level in their professional backgrounds or have been partners at commercial law firms”.

Plans to broaden the reach of the scheme include “other disciplines including commercial, corporate and real estate”.

Employment law partner Simon Lambert, who with fellow partner Nick Chronias will oversee the scheme, told Legal Futures: “What I’m actually interested in is pushing us into a new sort of space which is around employee engagement, employee communication, employee voice, which is not traditionally where a law firm would sit.”

For example, he said: “We have one specialist… who was former HR director at a FTSE 100 firm and he specialises in certain areas that you wouldn’t go to a law firm for.”

The People Pool arose because the firm spotted a “gap in the market” in that in the current economic climate internal HR expertise was being “stripped back”.

The “precursor” to the idea was that a telecoms company approached the firm a year ago to take over its HR function wholesale and Beachcroft had agreed to do it on a fixed fee. “We also said we’ll share the risk and if it leads to hundreds of tribunals, then we will take the hit,” said Mr Lambert.

However, the services of The People Pool would not necessarily be offered on a fixed fee, he explained, although the firm would be “innovative around pricing” and did not expect to make a “massive profit” when compared to pricing structure of the traditional law firms.

The service was already beginning to expand into outsourcing based on secondment – an idea popularised by Berwin Leighton Paisner’s Lawyers on Demand service – Mr Lambert said.

Two commercial lawyers were on secondment under The People Pool banner, with an employment lawyer also on an interim contract. Four or five people were “out on loan, if you like”. It was “inevitable” that the service would cover all the legal disciplines if the “HR angle” took off as he expected it would.