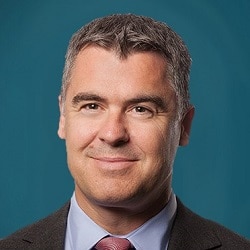 Hurley: Lockdown has not stopped harassment

A City law firm has teamed up with clinical psychotherapists and public relations experts to launch a multi-disciplinary service to advise on sexual misconduct and harassment cases.

Charles Russell Speechlys said the high-profile disciplinary cases involving solicitors Ryan Beckwith and Gary Senior highlighted other issues which can arise with an allegation of sexual misconduct, such as the need to provide counselling/therapy to those involved, how to run internal investigations and the risk of reputational damage.

Nick Hurley, an employment partner leading the ‘R4’ (Review, Report, Resolve, Respect) service, said harassment and bullying did not stop with the lockdown and he was dealing with three cases where problems had continued.

In one pre-Covid case, harassment of the professional concerned had continued during lockdown and got worse.

In two other cases where new clients had come to the firm since March, one in banking and the other in the property sector, harassment had also continued regardless of whether the people involved were working from home.

“I think the incidence of harassment is the same as before the lockdown,” he said. “I don’t think it has really changed.

“You don’t have to be in physical proximity with someone to be bullied or harassed, although it may increase the risks.”

Mr Hurley said Charles Russell Speechlys launched the R4 last month, although the idea was developed before the pandemic. It is aimed primarily, though not exclusively, at the respondents to allegations.

He said the UK had been slower than the USA to embrace the type of counselling offered by HelloSelf, but he expected it to become “very much part of the landscape”.

Mr Hurley said senior executives facing harassment allegations might have a “crushing need” for that type of help.

He said Charles Russell Speechlys would soon be making arrangements with HelloSelf so its own staff could access services if they needed to.

Bell Yard could be useful in ensuring that clients had access to independent advice, or a second opinion if required.

Mr Hurley said the R4 service was not just about “disasters, and picking up the pieces”, and it included a “preventative service”, with training on diversity, inclusion and the different kinds of bias.

He did not agree with those who criticised the Solicitors Regulation Authority for “trespassing” too far into lawyers’ private lives in its approach to sexual misconduct cases and said it was an area that the regulator should “have dominion over”.