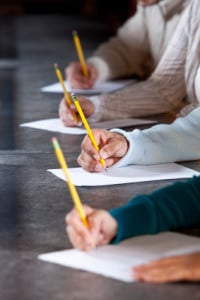 Eversheds and BPP University Law School have launched a six-year apprenticeship scheme leading to qualification as a solicitor.

The law firm is believed to be the first to launch a scheme at this level, but its shape depends partly on the fate of the Solicitors Qualification Examination (SQE), which is far from clear.

The Solicitors Regulation Authority (SRA) has admitted that a “significant majority” of the 250 or so responses to its consultation on the SQE expressed concerns about the plans.

Tricia Chatterton, director of legal apprenticeships at BPP University, told Legal Futures that the level 7 standard – the apprenticeship that leads to qualification as a solicitor – included a central assessment test at the end of the six years.

“We will have plenty of notice as to what the test will be before the students sit it, and they will be fully equipped for their assessment.

“They will all be studying for a law degree. It is not part of the apprenticeship standard, but we believe that people who go through that amount of training should want and deserve a degree.”

Ms Chatterton said that among the advantages for apprentices would be training to be a solicitor without any debt, along with “wonderful work-related skills and networking opportunities”.

Under the scheme, Trailblazer level 7 apprentices will receive a starting salary of £15,200 outside London and £17,200 in London, which will increase year on year.

Eight apprentices are being recruited for the scheme, and will start in September this year.

Eversheds chief executive Bryan Hughes said: “We are committed to unlocking and developing talent at all levels at Eversheds and I look forward to welcoming more apprentices into our team as a result of this new scheme.”

The Trailblazer Level 7 apprenticeship requires a minimum of five GCSE grades A-C (including Maths and English) and who are expecting “good A-level results”, equivalent to at least 300 UCAS points.