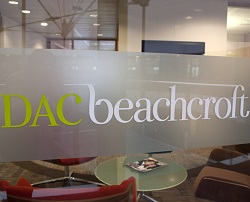 Employment Judge Gaskell said “no decision had been taken” on the future of Lisa Creaney’s role at the time she began her maternity leave.

Judge Gaskell said the law firm “expressly (and principally for the claimant’s benefit so as to enable her to receive her enhanced maternity payments)” left the consultation process in suspension.

The judge said the final decision “was not to be made until the end of the consultation process”, which would resume when the claimant returned to work after maternity leave.

“An employee in the claimant’s position would justifiably complain if the decision had in fact been taken in advance of the conclusion of the consultation process.”

Judge Gaskell said that was “not the position here” as DAC Beachcroft “acted with conspicuous good faith” and “it remained an option that the claimant’s role would be preserved indefinitely”.

Ms Creaney claimed that DAC Beachcroft’s conduct towards her amounted to a fundamental breach of her employment contract, entitling her to resign and claim ‘ordinary’ unfair dismissal.

She claimed that the treatment she complained of, which prompted her resignation, was “by reason of her pregnancy and/or maternity leave” and her constructive dismissal was therefore automatically unfair.

Ms Creaney further claimed that at the time of her resignation, DAC Beachcroft was in breach of the Maternity & Parental Leave Regulations. The law firm denied the claims in their entirety.

In 2014 discussions were held at DAC Beachcroft about streamlining the business, by centralising audit in Quality Support Services.

The judge said Ms Creaney informed the law firm she was pregnant in January 2016, and that April she was told that her role was at risk of redundancy. She had her first redundancy consultation meeting the following month.

Later in the month, at a second meeting, Ms Creaney raised a grievance, alleging, among other things, that she had been selected for redundancy because she was pregnant.

The tribunal heard that in June 2016, Ms Creaney attended a formal grievance meeting, following which her grievance was rejected, and in July she went on maternity leave.

Ms Creaney appealed against the grievance finding in September 2016, but her appeal was rejected in March 2017.

Judge Gaskell said that in August 2017, while she was still employed, Ms Creaney’s solicitors sent a letter to DAC Beachcroft referring to claims for pregnancy and maternity discrimination, and constructive and unfair dismissal. Ms Creaney resigned the following month.

Judge Gaskell described the claimant as an “unsatisfactory witness who appeared willing to present a false picture to the tribunal to enhance her case”.

The judge said that “of principal concern” were the contents of her resignation letter and witness statement, suggesting there had been “no communication” between her and the law firm after the end of July 2017.

Judge Gaskell said the tribunal was “further concerned” that in March and May 2017 the claimant said she was unwilling or unable to attend interviews “because of health concerns” applying to her and her husband, but had attended an interview “with a potential alternative employer” in June.

The judge concluded that the requirements of regulations 10 and 18 of the Maternity & Parental Leave Regulations were not met, and the tribunal made an “express finding” that the suspensions of the consultation process and the decision on her future were genuine.

On the allegations of constructive dismissal, Judge Gaskell rejected all the claimant’s alleged breaches of contract, finding that DAC Beachcroft had acted in good faith and had attempted to arrange for Mr Creaney’s return to work and a consultation meeting – attempts rejected by her solicitors.

The judge said it was unnecessary to consider the further question of automatic unfair dismissal under the Employment Rights Act, but it had “certainly not been established” that the conduct complained of occurred because of the Ms Creaney’s pregnancy or maternity.