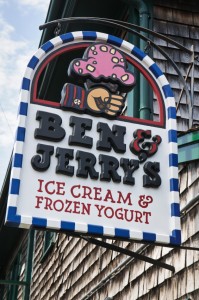 BWB are now in the same club as Ben & Jerry’s

Bates Wells & Braithwaite (BWB) has become the first UK law firm to gain ‘B Corporation’ certification to mark its social and environmental performance, and as part of the process had to amend its LLP deed to provide that the firm is not just run for the benefit of the partners.

The City practice is now also committed to making a “material positive impact on society and the environment” in what is called a ‘triple bottom line’ approach to business.

The partners are also required to consider a range of ‘stakeholder interests’ – including employees, suppliers, society and the environment – when making decisions.

A B Corp – standing for ‘Benefit’ – is a for-profit business that has social and/or environmental outcomes as part of its mission. The organisation, which began in American but has almost 1,400 members in over 40 countries, launched in the UK this week.

Well-known B Corps include ice cream maker Ben & Jerry’s and outdoor clothing company Patagonia. There are 23 other law firms from abroad.

Certification is awarded to “purpose-driven businesses” that meet externally audited standards of social and environmental performance, accountability and transparency, and create benefit for all stakeholders, not just business owners.

The firm said: “While success in our sector is often defined based on the PEP [profit per equity partner], we never felt that this was right. The aim is not to be more and more profitable. The aim is to have as big and as positive an impact on society and the environment as we can, whilst running a sustainable and profitable business.

“So we take a medium and long-term view and expect that our B Corp status will make us more profitable. Being a healthier business attracts better business.”

All B Corps’ audits are published; needing a minimum of 80 out of 200 points to secure the status, BWB scored 108, 12 points above average. It has to seek reaccreditation every two years.

The assessment included a two-hour interview, around 10 pieces of written evidence and a KPMG audit review.

Managing partner Martin Bunch said: “Becoming a certified B Corporation is a defining moment for BWB – since its launch in 1970, the firm has always combined commercial work with furthering social value and the public interest. We are proud to be the first UK law firm to be certified in this innovative movement that seeks to transform business culture in the UK.”

Having helped B Corporation set up in the UK, BWB has also positioned itself as the “the natural choice of advisor” for other businesses that want to secure the status.

Last year BWB became an alternative business structure so as to provide non-legal services. It has also established joint ventures in the fields of insurance (CAsE) and trustee recruitment (Trustees Unlimited) and will shortly launch a low-cost digital documentation system for charities and social enterprises called Get Legal.