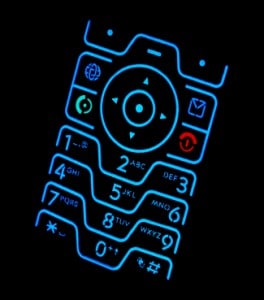 Rogue claims management companies (CMCs) have been slicing off more than a third of the cash awarded in settlement of payment protection insurance mis-selling claims, according to a report by Citizens Advice (CA).

The charity also attacked the Ministry of Justice’s in-house Claims Management Regulator (CMR) for having failed to pursue unauthorised CMCs in the courts.

PPI claims on average netted £3,100 for the claimant but typical fees were £1,100 “for something they can do themselves for free”, CA noted.

Two-thirds of consumers had been subjected to high-pressure selling tactics, more than a quarter were charged more than they expected, and one in six had unauthorised fees taken from their bank account.

The not-for-profit advice network added its voice to growing demands for the MoJ to crack down harder on the CMCs, calling for restrictions on PPI-related cold-calling or texting. Also, CMCs should be banned from entering arrangements with third parties trading in personal data, it said.

Echoing comments made by MPs in last week’s Westminster debate on CMCs, it urged the MoJ to prohibit up-front fees, saying proposed government rules on making information and contracts clearer were insufficient. Further, fees should only be levied against actual monetary compensation, “rather than against any other restitution such a restructuring of a consumer’s PPI package or credit agreement”.

On customer care, CA said it was “disappointed” the MoJ had made no proposals. “We believe that the rules should require CMCs to provide an update to their clients at least once a month on the progress of their claim and to give their clients a brief report at the end of the process.”

In the longer term, a “full review of claims management” should be undertaken, including consideration of whether the oversight should remain with the CMR. Meanwhile, the regulator lacks such tools as “product intervention powers, powers to impose requirements or powers to fine”, it observed.

CA’s chief executive, Gillian Guy, said: “These firms are intimidating people in their home and wasting a lot of people’s time – and in some cases money when they make a claim and nothing comes of it.  They’re not up-front with their customers about fees, are charging excessive costs and aren’t getting people the payout they deserve…

“It is vital that the regulator introduces tougher measures to protect people from predatory claims firms. People were endlessly pestered about making a claim for an accident, now it is PPI and there will undoubtedly be another consumer crisis they try to exploit.”

Separately, an update issued yesterday by the Information Commissioner’s Office said most spam texts sent are “currently linked to the claims management industry”. Enforcement action includes two civil monetary penalty notices of intent sent to individuals it believes are responsible for spam texts “in a serious and substantial breach of the Privacy and Electronic Communications Regulations. The notices of intent total over £250,000”.

It is also talking to the mobile phone industry to work on how to curb the use of unregistered SIM cards, which is one of the main methods for the sending of mass texts.