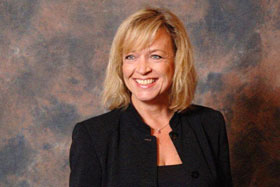 Forshaw: no amendments of any consequence have been made

The six circuits have each called meetings of heads of chambers to discuss whether to boycott the Quality Assurance Scheme for Advocates (QASA), it has emerged.

Last month the three regulators behind QASA – the Solicitors Regulation Authority, Bar Standards Board (BSB) and ILEX Professional Standards – announced that they had reached agreement on the shape of the scheme, with some changes to the detail being made, but were delaying its implementation.

The revised timetable has not been released yet, but an announcement may come at the end of this month.

In her letter inviting heads of chambers to a meeting on 31 January, the leader of the south-eastern circuit, Sarah Forshaw QC, said “no amendments of any consequence have been made”, describing two aspects of QASA as “entirely objectionable”: the “endorsement of the creature known as the ‘plea-only advocate’”, and the inclusion of silks in the scheme.

She said the other five circuits are all holding similar heads of chambers meetings.

Ms Forshaw highlighted some of the issues that needed to be discussed – such as whether to refuse signing up to the scheme and the consequences of doing so, “the merits of delay tactics”, the attitude of the judiciary, and the implications for the silks’ system – but emphasised the importance of doing so in private.

She said: “Leaks back to the BSB and the LSB [Legal Services Board] may destroy any initiative we choose to deploy. Frank discussion must take place – but it must be contained… How we deal with this scheme is of real importance and will have implications for the OCOF [one case, one fee] consultation we are likely to face next.”

In a letter going out to members today, Criminal Bar Association chairman Michael Turner QC will say that the combination of QASA and OCOF “will lead to the destruction of the independent Bar”.