CILEx unveils governance rethink with an eye to regulatory independence 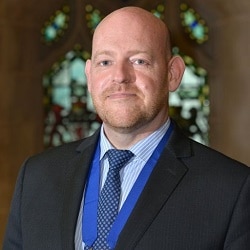 The Chartered Institute of Legal Executives (CILEx) has unveiled major governance reform that it said prepares the body for the government making legal regulators entirely independent.

Crucially, it said the changes would ensure that CILEx continues to be viable as a professional body without receiving any income from practising fees.

However, CILEx stressed said the reforms were driven “primarily by a desire to embed best practice within the organisation and ensure its operation is transparent and promotes good decision making”.

Nonetheless, the move comes in the wake of the Legal Services Board’s announcement last week that it had launched an investigation into whether the Law Society’s governance structure delivers sufficient independence for the Solicitors Regulation Authority.

The Law Society strenuously opposes structural independence for the regulator – which the government has previously said it wants to introduce – with an eye to the likely loss of practising certificate income.

The CILEx reforms separate out the organisation’s duties to the public interest, the profession and independent regulation in a new group structure.

Under the structure approved by CILEx’s existing governing council, there would be a group board at the apex, with an independent chair, whose overarching duty would be to the public interest. It would be charged also with protecting CILEx’s Royal Charter and its reputation.

Underneath the group board would be the boards of each CILEx company: CILEx Professional, dedicated to promoting the profession’s interests; CILEx Law School, delivering legal education; and Group Services, providing business infrastructure to all parts of the group. CILEx Regulation will continue to have its own independent board.

The CILEx Professional board will be smaller than the current 23-member council, be appointed rather than elected, and include lay members. It will be chaired by the president, who will remain the public figurehead for chartered legal executives and also have a seat on the group board.

There are no changes proposed to CILEx Regulation, but the institute said that if full separation went ahead, “CILEx would be able to adapt easily”.

It explained that having CILEx Law School as another group company ensures separation between this leading training body and the organisation (CILEx) that actually awards the qualification to become a chartered legal executive.

Chartered legal executives currently pay a practising certificate fee of £364, of which £192 goes to CILEx Regulation, £152 to CILEx under the ‘permitted purposes’ provisions of the Legal Services Act 2007, and £20 to the Legal Services Board towards its and the Legal Ombudsman’s running costs.

There will be a programme of engagement with members to explain and discuss what is happening, alongside a consultation in the summer on technical changes needed to implement the reforms.

CILEx President Martin Callan said: “While the post-Clementi governance regime has worked for CILEx, we must recognise the need to evolve – the new structure will provide clearer lines between the public interest and those primarily charged with representing the profession. We are confident these changes will provide greater confidence in our decision-making and support our future strategy.”

Linda Ford, chief operating officer of CILEx, added: “The newly constituted CILEx Professional board will be free to concentrate on the profession’s interests, allowing us to deliver a better and more focused service for our members.

“CILEx Regulation has always had operational independence, but there is strong support from those overseeing the profession – such as the Competition and Markets Authority and Legal Services Board – for it, and other such regulators, to have greater structural independence too.

“Though this is not the main purpose of the governance reform, if the government chooses to make it happen, then our new structure means that we will be prepared.”