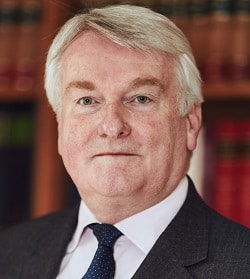 CILEx Regulation has moved to reassure the Lord Chief Justice over his concerns about its application to license alternative business structures (ABSs).

The regulator of chartered legal executives said that it would only look to regulate firms “that are relatively low risk and straightforward”.

It said: “We believe this is important as this both restricts the opportunities for undue influence being exercised and allows us to focus our scrutiny on risk on particular areas of law, rather than those via an MDP, say.

“There are other ABS regulators that may be more suitable in these higher risk situations.”

CILEx Regulation applied to become an ABS licensing authority last September. The Legal Services Board has up to a year to make a decision on whether to recommend that the Lord Chancellor designate it as such, and in that time is required by the Legal Services Act 2007 to seek the views of the Lord Chief Justice, the Competition and Markets Authority and the Legal Services Consumer Panel.

The latter two fully supported the application, while Lord Burnett – who was undertaking this duty for the first time – had some reservations.

In recently published correspondence, he said that though he was “broadly content” with the application, he was unable to support it fully until his concerns about protecting the public interest with “more robust arrangements in terms of ownership and management” had been addressed.

Lord Burnett welcomed the fact that the application was based on extending its existing regime for non-ABS firms and did not include MDPs.

However, he said he was not persuaded that requiring the head of legal practice (HOLP) of an ABS to be merely an employee of the firm and not the manager was “adequate” to protect against “undue or improper influence” by non-legal owners.

His other main concern was that only one manager of the ABS was required to be a lawyer.

“I strongly recommend that this is revisited,” he said. “It seems to me that there is too great a scope for improper influence by non-authorised owners and managers.”

In a response to the comments, CILEx Regulation said its rules on HOLPs were similar to those of the Solicitors Regulation Authority (SRA), adding that the licensing rules it has drafted already address some of the concerns by requiring that at least one manager of the applicant is a lawyer who has “the necessary competence in respect of any reserved legal activity which that body proposes to conduct”.

Nonetheless, it said it would change its risk framework to include the expectation of the HOLP being a manager or owner, “which would be the usual type of structure we expect from CILEx members. This would include those members looking to add additional skills and/or investment to their firm”.

“CILEx Regulation believes by providing a clear message to applicant ABS firms of our expectations, that we will be able to manage any risks that may be associated with the request to have a HOLP as an employee.”

Responding to the concern about improper influence, CILEx Regulation said its approach was shaped by past SRA comments that there was no evidence that an ABS was inherently more risky, nor is there evidence that undue influence is more prevalent within an ABS, than a traditional law firm.

“Consequently our view was that, similar to other regulators, whilst our rules may be set on a broad basis, we would look to manage the types of applications that we see through policies set via our risk framework…

“Alongside our licensing by specialism, we will only look to regulate entities that are relatively low risk and straightforward.”

When it came to non-legal businesses wanting to offer legal services, CILEx Regulation would require legal work to be ring-fenced within a separate company, with its own managers, and would closely investigate the ownership structure.

“We would only expect these to be businesses where legal services are complementary to the existing business. Similarly we are not seeking to attract those businesses with external investment where this is predicated upon a short-term return.”