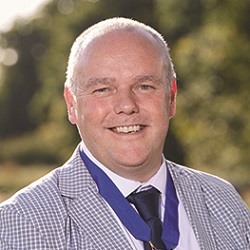 CILEX has added its voice to warnings that working as a criminal legal aid lawyer is no longer a sustainable career, saying the number of its members studying criminal law has halved in less than a decade.

It also suggested that making duty lawyers assisting defendants in police stations salaried posts, as opposed to paying them on a case-by-case basis, could help improve the system.

Law Society research has shown how the average age of criminal defence solicitors is increasing, with insufficient fresh blood coming up behind. CILEX’s response to the Ministry of Justice’s call for evidence to its independent review of criminal legal aid indicated the same was happening in its part of the profession.

It reported a steady decline in the number of CILEX practitioners choosing criminal law as their long-term career path, with 50% fewer members electing to study criminal law than in 2012 – 213, compared to 423.

This contrasted with those qualifying into areas such as conveyancing and civil litigation, where numbers of new entrants have continued to rise.

The overall number of CILEX members practising in criminal law is also declining – 18% fewer are working in criminal defence now than three years ago.

It argued that a “disjointed approach” to addressing deficiencies in the sector has failed to deliver “fair pay for work done” at all stages of the criminal law process, particularly the earlier stages of representation and investigation.

The response said evidence from members indicated “a gradual departure of talented professionals from the defence sector as they become more and more attracted to the higher wages and greater job security offered by institutions such as the Crown Prosecution Service”.

CILEX said a failure to address the desperate resource crisis in the sector “threatens the stability of the entire system” at the cost of justice to the consumer.

Having salaried duty lawyers “could help to provide greater certainty to income expectation and expenditure for the Treasury”, it said.

“This would not only improve interactions within the varying participants of the criminal justice system, allowing for more effective deployment of resources across criminal legal aid than the current Duty Solicitor Call Centre is able to deliver, but would also have the added benefit of establishing known fixed costs.”

CILEX also highlights barriers to progression for CILEX lawyers working in criminal law, both in defence and prosecution.

These include rules that prevent CILEX practitioners from becoming Crown Prosecutors and the lack of recognition entrenched within the Law Society’s criminal litigation accreditation scheme, “which fails to account for the level of training and competence that CILEX advocates possess”.

These restrictions limited opportunities and career growth for CILEX lawyers, it argued.

CILEX president Craig Tickner, a criminal defence advocate, said: “For years, the criminal legal aid system has been subject to devastating funding cuts. Whilst piecemeal efforts have been made to tackle the problem, this has done little to prevent the decline in the sector, which is now haemorrhaging talent.

“It is hardly surprising that aspiring criminal lawyers are instead opting to go into other areas of law, that firms do not have the resources to train juniors, and that experienced criminal legal aid professionals are taking the difficult decision to leave.”