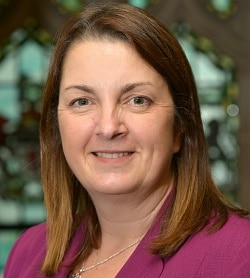 The Chartered Institute of Legal Executives (CILEx) has launched a campaign to recruit paralegals – especially law graduates who have not gained further qualification – as associate members.

Associates are not full-blown chartered legal executives, but have either completed the CILEx Level 3 professional diploma in law and practice, or who are graduates with qualifying law degrees.

They are entitled to use the letters ACILEx after their name.

Lynne Squires, business development manager at CILEx, said the move could help law firms avoid a “churn” of paralegal staff, where law graduates leave one firm for another just to increase their chances of getting a training contract.

“Firms don’t want to keep recruiting new staff, only for them to leave again,” she said. “Often it’s not about the work being done by the paralegal, or about the firm. It’s about getting the progression that is not available for them at their existing firm.”

Ms Squires said CILEx already had 4,000 members with associate grade status, but this was the first time the organisation had launched a “stand-alone” campaign to recruit more.

“We know there are hundreds of paralegals in practice with law degrees or other qualifications without any regulation or representation. We know this is something graduates have been unaware of and want to know more about.”

Ms Squires said this was often because young people “did not hear about the CILEx options” at university.

“Those graduates who have just got a job as a paralegal have no professional status. They don’t have to feel the way some of them do. They’ve achieved a lot. We want to value what they are now.”

Ms Squires said the campaign followed the CILEx Paralegal Enquiry in 2015 and was not a response to the launch of the Professional Paralegal Register in July of that year.

She said there had been an increase in law graduates applying to CILEx, but most of the existing associates had not been to university, but reached CILEx Level 3 by working in firms.

Ms Squires said ACILEx status was not a question of signing up to a list, but involved being a member of a chartered institute, doing continuing professional development on an annual basis, being subject to a code of conduct and regulated by CILEx Regulation.

A spokesman for the firm described the scheme, launched five years ago as “the first of its kind in the legal sector” because it enabled apprentices to train to CILEx Level 6, rather than Level 3 – giving them chartered status.

He said the firm created its apprentice programme to provide “an alternative route into the profession for bright youngsters without needing to attend university”.

Gordons’ managing partner, Paul Ayre, added: “We were the first law firm to introduce an apprenticeship scheme of this type and many in our sector have followed.

“We did it because we want our firm to be full of talented people with a great attitude. We don’t care where they start out in life or what school they went to.”