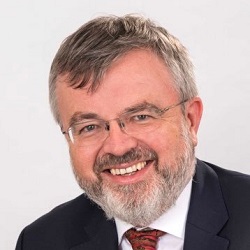 CILEX has commissioned Chris Kenny, the original chief executive of the Legal Services Board (LSB), to review whether it should continue delegating its regulatory responsibilities to CILEx Regulation.

The regulator has hit back, arguing that “an effective system of legal regulation depends on independent regulators being able to take robust action without the threat of ‘de-delegation’ of their regulatory functions”.

The row that erupted yesterday led to the LSB issuing a statement calling for the two bodies “to work together to minimise any risk of uncertainty and worry for affected businesses and individuals”.

CILEX is named in the Legal Services Act 2007 as the approved regulator for chartered legal executives but it delegates its regulatory responsibilities to CILEx Regulation which, though part of the CILEX Group, is independent, as required by the LSB’s internal governance rules.

When the group board considers matters as the approved regulator – such as this one – the three professional members are excluded to avoid any risk of conflict of interest.

In a statement sent to members yesterday, the CILEX board said it last year undertook a strategy review, as a result of which it “reflected on whether the current delegated regulatory arrangements, implemented nearly 15 years ago, were still appropriate”.

That was a time before Fellows had the greater parity they now have with solicitors and barristers and CRL had started regulating alternative business structures.

The CILEX board said that among the considerations was whether CRL has the “scale to be able to deliver efficient and effective regulation at a cost that is affordable for consumers and the profession” and the “ability to maintain consumer confidence that lawyers enter the profession through robust processes and maintain the standards expected of them by the regulator and the public once in practice”.

As a result, it has initiated “a process to determine whether an alternative delegation would be in the public and consumer interest” – but did not say to which body it could instead delegate its regulatory functions.

“In doing so, the CILEX board are committed to ensure that any future delegation will preserve the distinct identity of CILEX Lawyers, CILEX Paralegals and CILEX Advanced Paralegals and retain our specialist and accessible alternative route to qualification.”

Mr Kenny – now chief executive of the Medical and Dental Defence Union of Scotland – has been asked to review “the evidence base for the case for change” so as to provide “additional assurance” of its strength.

In its response, CRL stressed that it continued to discharge all of its functions – noting that the last LSB assessment put it among the best performing legal regulators – and would continue to do so “for the foreseeable future”.

CRL said CILEX was free, as a representative body, to bring forward proposals and CRL was “always happy to discuss” them.

“In the relatively short time since CRL discovered CILEX’s plans, it has attempted to establish a dialogue with CILEX, including proposals for a joint review to ensure the most efficient use of resources. We still think this is the best way forward.

“We have also offered to cooperate with the Kenny review in a way that is lawful and gives sufficient time for issues to be considered. We regret that CILEX has not yet agreed.”

It was, the statement went on, “with regret” that the board’s process had excluded chartered legal executive board members, “without any process of consultation with its own members or CRL, in conditions of great secrecy and on the presumption that its Royal Charter can simply be changed to suit.

“CRL also regrets that a non-disclosure agreement was imposed by CILEX that prevented us from having appropriate discussions with our regulated community until now.”

CRL said “an effective system of legal regulation depends on independent regulators being able to take robust action without the threat of ‘de-delegation’ of their regulatory functions.

“Allowing a representative body to shop around for a regulator more to its liking, would create self-evident risks to the robustness of the current regulatory arrangements across the sector and undermine public confidence that regulation is independent of professional interests.”

The LSB said it was responding to concerns about the two statements expressed by some businesses and individuals.

The oversight regulator observed that it would have to approve any change in delegation. “We also expect any proposals that come forward to us to be subject to wide and thorough public consultation, including engagement with stakeholders.

“In the meantime, nothing has in fact changed and we strongly encourage CILEX as the approved regulator and CILEx Regulation as the regulatory body to work together to minimise any risk of uncertainty and worry for affected businesses and individuals, and to ensure continuity of regulation in the interests of the public and consumers.”