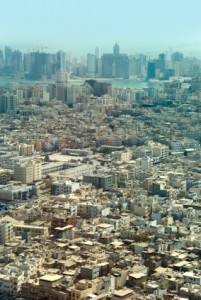 Based in London’s Marble Arch, Omnia Strategy LLP, which has been licensed by the SRA to conduct litigation, has three directors: Ms Booth, who is the chair; dual US/UK-qualified solicitor Julia Yun Hulme, and Peter Wilson, an economist and governance expert.

Ms Hulme, a former in-house counsel for a European oil company, is the ABS’s head of legal practice. She was previously at US firm Latham & Watkins, where she worked on capital markets and cross-border finance, and led transaction and project teams. Mr Watkins is the head of finance and administration.

Omnia Strategy was founded by Ms Blair, a QC at Matrix Chambers, in October 2011. It also employs Sofia Wellesley as head of business development. Until last July she was a director of Omnia Strategy. Ms Wellesley is the grand-daughter of the present Duke of Wellington and previously worked at the Libyan Investment Authority.

The consultancy describes itself as “a legal strategy consultancy that helps you achieve your international goals through our integrated expertise in law, governance and economics. We specialise in tackling complex problems that require an innovative and multi-disciplinary approach”.

Nobody at the company has responded to Legal Futures’ questions about the reasons for seeking the licence. In a recent job advertisement to recruit an analyst, the consultancy was described as “a boutique legal strategy consultancy that works with multinational corporate clients and governments to solve complex problems using a cross-disciplinary and strategic approach”. It continued: “Our senior team includes lawyers, economists and business strategists.”

Mr Wilson, a specialist in “institution building in developing countries”, was chief operating officer of Coffey International Development in Europe and ran EU and UK-funded development programmes in developing and post-conflict countries. He has worked as a business strategy consultant for the McKinsey consultancy, and as a British diplomat.

Omnia Strategy hit the headlines last February when it was reported to have been advising the government of Bahrain, which was responsible for cracking down on protests in 2011. At the time, the consultancy told the Sunday Times its work was aimed at helping the country implement reforms that would safeguard human rights.

More recently, in October Omnia Strategy was widely reported as having advised inhabitants of the oil-rich Bakassi Peninsula in their attempt to pressurise the Nigerian government to seek a review of the International Court of Justice’s 2002 decision on ceding sovereignty of the territory to Cameroon.