Cheap is not cheerful, as only one in 10 choose conveyancer on price 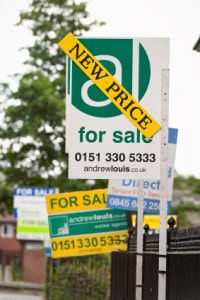 More than half found conveyancers through estate agents

The proportion of people selecting their conveyancer on price has fallen to only one in 10, a survey of 5,400 home movers has shown. The same survey found that only three years ago 20% of clients chose the cheapest.

The survey also found consumers much more willing than before to trust estate agents for recommendations. More than half (51%) chose their estate agent’s recommended conveyancer in 2015, compared to 38% the previous year.

The annual Home Moving Trends survey, carried out by the Property Academy in partnership with tmgroup, contacted consumers across the UK who had moved house in the past 12 months.

It found that, in contrast to previous results, the young were no longer the most likely to use the cheapest conveyancer.

“Among the more surprising findings was that none of the home movers aged 21-29 told us that price was important to them,” researchers said.

Ben Harris, sales and marketing director at tmgroup, said: “It couldn’t be clearer that potential clients, even younger ones, want to see more from you than low prices and given that, for example, you would need to increase your sales volume by 67% to account for the shortfall in profit by slashing your prices by 20%, we strongly advise that you consider holding or increasing your fees rather than reducing them.”

Although more than half of home movers accepted estate agents’ recommendations, the survey found that it was “hit or miss” whether they would go on to recommend the firm they used.

Almost a third (30%) of this group gave their firms a nine out of 10 satisfaction rating, but a higher proportion (37%) gave them less than six out of 10.

Even worse were the satisfaction ratings from the 8% of home movers who found a conveyancer online. More than half of them would not recommend the firm and a quarter gave their conveyancer a score of zero.

In contrast, 55% of those who went with a friend’s choice gave the firm either full marks or nine out of 10. However, the proportion of home movers who accepted the advice of friends was sharply down, falling from 21% in 2014 to 12%.

The survey underlined previous findings that clients are looking for good communicators, with 80% saying this was the most important quality they were looking for.

Views on the means of communications were little changed in the latest survey, with 60% preferring email and almost all the rest preferring the phone.