Charity works to improve access to justice for Roma families 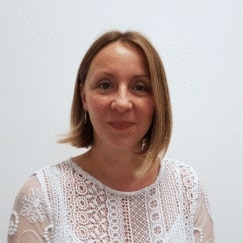 Felja: There are only a handful of Roma lawyers

The charity Law for Life, which specialises in public legal education, has created a film for Roma families in their own language as part of work to improve understanding of the child protection system.

Dada Felja, head of education and training at Law for Life, said the Roma community faced “multiple disadvantages” in accessing legal services, not helped by the fact there were only a handful of Roma lawyers.

Ms Felja said the Roma community had a “deep and historic” distrust of authority – a legacy of racism in most European countries – and faith in the justice system was “very low”.

Another problem was their “very limited and negative” experience of education in most Eastern European countries, leading to limited literacy and ability to learn English.

“People don’t understand how a lawyer could help them or what to ask,” Ms Felja said.

Although there were probably as many as 500,000 Roma people in the UK, there were “only a handful” of Roma lawyers.

Another “big problem” was the lack and poor quality of interpreters, who often spoke Romani as a second or third language.

The Law for Life film is part of a ‘multimedia toolkit’, along with an information guide in English aimed at those working with Roma people and face-to-face training for Roma advocates, delivered at centres in London, Derby and Rotherham before the lockdown in March.

The focus of the toolkit was the disproportionate number of Roma children taken into care. The latest figures, for the period up to March 2019, show that 1,820 gypsy/Roma children were identified as “in need” and 440 were being looked after by local authorities.

Ms Felja said that once in the child protection system, Roma children had a “very high” likelihood of being taken into care.

She said part of the problem were the difficulties faced by parents in understanding the process and knowing how to navigate the system.

One aim of the film is to help families develop basic skills in dealing with child protection professionals, such as coming to meetings on time and knowing how to welcome social workers into their home.

Ms Felja said it could also be used by lawyers and social workers to understand how to help families engage with the system.

She did not know whether any Roma family had taken part in a virtual court hearing during the lockdown, but she believed it would create “another layer of difficulty”.

The challenge would not be just in terms of the need for interpreters and familiarity with technology, but the lack, very often, of a “peaceful environment” in the home when the hearings were taking place.

“It is not for everybody – particularly when they are very emotional and distressed.”

Ms Felja said it was also hard to gauge the impact of the virus on Roma communities in the UK, though it was likely to be disproportionate.

This was partly because of the work they did, which tended to be casual work, and partly because their health was generally much worse than the rest of the population, with high numbers of chronic illnesses, such as asthma and diabetes, and low life expectancy.

Law for Life commissioned an independent evaluation of the toolkit, which found that it had made a “significant contribution” to helping Roma communities engage with child protection investigations, and there were indications it had helped some families keep their children.

Ms Felja added that greater awareness by lawyers and judges of the disadvantages faced by Roma people could help improve access to justice.