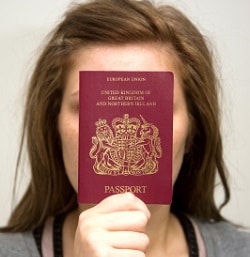 Legal representation for immigration detainees is very poor, including the quality of advice given by solicitors, according to a charity that challenges detention in removal centres and prisons.

It argued that although the number of law firms allowed to provide advice had increased, lawyers’ expertise in the subject had dropped.

It said interviewees responding to a survey “painted a damning picture of the quality of the legal advice surgeries” under the Legal Aid Agency’s detention duty advice (DDA) scheme.

In a report, Bail for Immigration Detainees (BiD) said a May 2019 survey, which spoke to 77 clients in immigration detention, found nearly half of the 51 individuals who had booked an appointment with a solicitor did not have their case taken on.

Detainees reported it was because they could not afford a lawyer or were not eligible for legal aid.

The charity was particularly concerned that two individuals said they were told by the lawyer they could not take on the case because “they did not have capacity to do so”.

Only a quarter of those advised were given specific advice about their case and just a fifth were given advice in writing.

BiD said: “Numerous interviewees complained that the duty solicitors lacked knowledge and were not helpful.”

Almost a quarter said they had not been made aware of the option of applying for exceptional case funding, including one “particularly alarming” case which a detainee was allegedly told it was “too complicated to apply for”.

Only in 22 cases out of the 49 individuals that currently had a solicitor had an application for bail been made.

BiD suggested the figure “revealed DDA solicitors’ misunderstanding of the bail process or a lack of urgency in securing liberty for their clients”.

It was concerned the DDA scheme’s reputation among detainees was low and that the half-hour appointments at DDA surgeries were too short.

Other problems were that individuals found it hard to use the internet to research their case because access to Google’s search facility was limited by blocking.

Some detainees had been forced to change solicitor as a result of being moved from one centre to another.

Waiting times to see a solicitor also troubled the charity. Almost 80% had to wait longer than the 72 hours’ notice which the Home Office is normally required to provide before removal can take place.

It recommended appointments with legal aid solicitors should be given to every detainee upon entering detention. Automatic judicial oversight of decisions to detain should also be given, it said.

BiD said the DDA scheme should be reviewed and the number of law firms contracted to deliver advice increased to include any legal aid solicitor of a person’s choosing.

Although there had been an increase in the number of firms allowed to provide immigration advice last September, the charity said the survey raised concerns “there has been a depletion of expertise among firms carrying out detention-related legal aid immigration work”.

While it said the level of representation by a solicitor, at 64% of people held in immigration detention, was higher than in previous years, it was still lower than before implementation of the government’s LASPO cuts in 2013.

Celia Clarke, BiD’s director, said “The Home Office acts as judge, jury and executioner in stripping immigration detainees of their rights, their liberty, and their basic dignity.

“The results of our [survey] show that such disadvantage is compounded by multiple and systemic barriers to accessing justice.

“We demand the reinstatement of legal aid for all immigration cases and an end to the inhumane system of immigration detention.”

BiD, which gives the most disadvantaged immigration detainees free legal advice and representation, is accredited by the Office of the Immigration Services Commissioner.

Volunteers from BPP law school carried out the interviews for the survey.