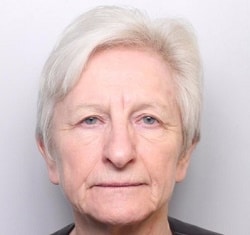 Multiple charities – including the Church of England – that claim they lost out after a senior partner stole millions from clients’ estates are suing her, her former partner, the firm and its insurer.

A preliminary ruling [1] published yesterday – on when a direct cause of action can be pursued against a firm’s insurer – revealed that there are two separate claims.

Linda Box, formerly senior partner of Wakefield law firm Dixon Coles McGill, pleaded guilty [2] in 2017 to nine counts of fraud, two of forgery and one of theft, and was sentenced to seven years.

The Solicitors Regulation Authority shut down the 200-year-old firm in April 2016 in the wake of Box’s two partners uncovering the fraud. She was struck off the same year.

According to a High Court ruling yesterday, the charities are suing her, former partner Julian Gill, the firm and insurer HDI Global Specialty SE (formerly Hannover).

Mr Gill was unaware of Box’s criminal activities and there is no suggestion that he acted dishonestly in the course of the business of the firm, stressed His Honour Judge Saffman, sitting as a High Court judge.

The decision on a preliminary issue was in the case brought by the Guide Dogs for the Blind Association, Yorkshire Cancer Research, the British Heart Foundation and the National Trust.

The second case is being brought by the Bishop of Leeds on behalf of various Church of England organisations and charities.

All the claimants contend that they have sustained loss by virtue of Box’s criminal activities.

The former centres on the allegation that Box, in her capacity as a co-executor of the estate of Ernest Scholefield, appropriated monies payable by his will to the claimants.

They assert a direct cause of action against the insurer under the Third Party (Rights against Insurers) Act 1930.

Mr Gill and the firm have denied liability. The insurer admits that, if the estate suffered loss due to Box’s theft, then the firm is vicariously liable for such loss. But it argues that there is no such loss.

HHJ Saffman recounted: “The insurer asserts that Mrs Box’s modus operandi was a process known as ‘teeming and lading’, by which monies are transferred to and from the firm’s client account ledgers, presumably in much the same way as a Ponzi scheme operates.

The insurer further argues that the £2m of cover it gave the firm has been exhausted and so cannot be liable for any other claims – an argument HHJ Saffman said has become known as the ‘aggregation point’.

The question of aggregation clauses, under which multiple claims can be subject to one policy limit, has been argued over for several years.

The insurer also denies that the 1930 Act entitles the claimants to bring any claim against the insurer prior to having obtained a judgment against its insured.

This has been accepted in the Bishop’s claim, the judge said, and the defence in that action “essentially centres on the aggregation point”.

The preliminary issue before the court was the insurer’s contention that, as a result, the court could not make the declaration sought in the Scholefield claim.

The judge rejected the claimants’ arguments that they have stepped into the shoes of the firm and so could claim the same right of indemnity as the firm, and that the firm would be entitled to seek a declaration as to whether it is covered for further claims over and above the £2m and thus they were entitled to the same relief.

It would “serve a useful purpose” in determining the future direction of the litigation to consider the application for a declaration on the aggregation point, said HHJ Saffman.

“Indeed, it is hard to understand why the insurer itself might not be, at the very least, curious to know what the court makes of its aggregation point so that it can give consideration as to whether it is necessary to tailor its approach to this litigation.

“I should add that it does not seem to me that there needs to be a finding of liability by Mr Gill and/or the firm is a prerequisite to a consideration of the merits of the aggregation point.

Though the Act itself did not permit such a pre-emptive application, he added, “that does not mean that such an application is not permissible under any circumstances and by a different route – in this case the court’s inherent jurisdiction”.

The applications in the two cases will be heard together next month.