“Change in law needed” to open up Legal Ombudsman to clients of unregulated firms, says boss 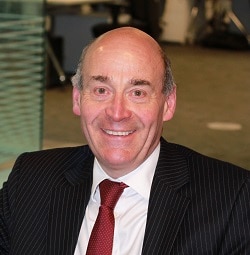 Only a change in the law would allow the Legal Ombudsman (LeO) to cover complaints from consumers of unregulated law firms, the chair of the organisation’s governing body has said as he called on paralegals to campaign for access to the redress scheme.

Under the Legal Services Act 2007, LeO can create a voluntary complaints regime for those not currently within its jurisdiction, but Steve Green, chair of the Office for Legal Complaints (OLC), questioned whether a scheme “into which providers can choose whether or not they join has ever felt like a sustainable model for the future”.

Before Mr Green was in post, the OLC and LeO repeatedly called for a voluntary scheme to be set up, since LeO’s first birthday in 2011. Former chief ombudsman Adam Sampson later argued that a voluntary scheme would plug the gap left by the government’s refusal to regulate will-writing.

But speaking at a conference last week organised by the Professional Paralegal Register (PPR), Mr Green listed the hurdles that would in any case have to be jumped to activate a voluntary scheme.

“Nothing can happen without the approval of the secretary of state. This would involve a substantial business case which could be considered, following which funding arrangements would have to be agreed.

“Only once all of this is in place could we begin the process of approval of draft legislation and then debates in the Commons and Lords. In short, it’s complicated.”

Mr Green went on: “At this stage, we haven’t tested whether or not the climate is conducive to obtaining that approval. But given what else appears to be in the offing, I suspect that it isn’t.

A better solution, he continued, would be a change in the law. The current Competition and Markets Authority study of the legal services market has raised “fundamental questions” about consumer protection.

He said that “if any of this leads us to a new Legal Services Act” intended to rationalise regulation, “maybe there is a settlement available” where the reach of the Act became wider and regulation more risk-based.

If so, “all consumers of all legal services, whoever provides them” could have a statutory right of access to LeO. “If we could achieve that, it would certainly go a long way towards bridging the current redress gap for consumers and it would allow LeO to exert its influence over the whole market place.”

Calling on paralegals to campaign for access to LeO, Mr Green said: “One thing is certain, the current situation won’t change because I or my colleagues say it should. Any calls for change by us would risk simply being met with a response that the OLC is empire building.

Mr Green also responded to suggestions that giving unregulated providers access to LeO would provide them with a ‘veneer of respectability’.

“I believe that it is in the overwhelming interests of the whole legal sector for everyone who obtains a legal service, from regulated or unregulated provider to have access to the Legal Ombudsman.”

The PPR, which has called for access to LeO, is a voluntary regulator that currently has around 2,000 paralegals on its register.

Paralegals must be a member of a recognised membership body to apply, and at the conference it was announced that the Chartered Institute of Arbitrators has become the fourth to win approval as such a body, after the National Association of Licensed Paralegals, the Institute of Paralegals and the Institute of Professional Will Writers.

Mr Green described the PPR as “a force for good in this unregulated sector, driving up standards and offering some element of consumer protection and dealing with any complaints”.