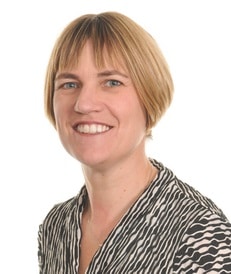 Chambers are seeing more grievances over discriminatory treatment by both employees and members, according to solicitors who advise them on dealing with their equality and diversity obligations.

They said diversity presents a “particular challenge to chambers largely as a result of their unique business structure – the ‘one member, one vote’ concept and the clerking model – which has many advantages but also some potential for abuse. There are aspects of diversity law and best practice that do not always fit neatly into this context”.

However, employment tribunals are not sympathetic to arguments that exceptions should be made for chambers because of these challenges, said Joanna Chatterton and David Murphy, a partner and legal director respectively at London firm Fox Williams.

Writing on the Bar Council website in the wake of a presentation they gave to its equality and diversity officer network, the pair said that “the increase in instructions we have received from chambers seeking advice on diversity and discrimination issues suggests that the focus by the Bar Council and the Bar Standards Board on this important issue is having a real impact.

“We are much more likely now to be asked to help chambers to plan their approach to managing diversity-related issues than to be called in to limit the damage after the event. There also seem to be more grievances raised by both employees and members about discriminatory treatment.”

Common pitfalls, they said, included chambers not living up to their own PR and policies. “BSB requirements to have policies and statements on diversity are too often seen as a tick box exercise with no reference being made to either when management decisions are made.

“This undermines credibility internally, externally and importantly with an employment tribunal hearing a discrimination claim. It is best to avoid the grandiose claims most businesses can never live up to and make your statements on equal opportunity aspirational. It is also prudent to ensure your policies for dealing with grievances, flexible working etc are principle-based and flexible, rather than prescriptive and over complicated.”

Members not acting like employers was another problem: “No barrister is an island. When working in a regulated community such as chambers, there is never complete freedom to behave exactly as you would like.

“Some barristers have a tendency to think the rules on how to behave professionally within chambers do not apply to them and encourage others, for example, the clerks, to break them. If the ‘boss’ sets this example, how can you expect others to keep to the rules?

“An employment tribunal will not warm to an argument by a member that a clerk should not be fired for harassing a colleague because he/she secured them their best case or to a chambers which disciplines its employees for discriminating but does nothing about the discriminatory behaviour of its members.”

Chambers also need to adopt a ‘can do’ attitude to change, such as enabling flexible working, and be aware of best practice and the outside world of work, the solicitors said. Further, there can be a reluctance to let professional managers do the jobs they are paid to do

Finally, chambers should ensure their constitutions deal properly with what happens when things go wrong.

“We have seen constitutions providing that the dismissal of the senior clerk should be conditional on a vote of members – yet the ACAS code provides there should be a right to appeal against a dismissal to someone with the authority to overturn the decision.

“Who can that be if chambers as a whole has voted in favour of it? Constitutions need to be living documents that are fit for purpose. This requires them to be updated from time to time in a cohesive way and not put in drawer and forgotten about.”