Chambers should “be generous” on parental leave 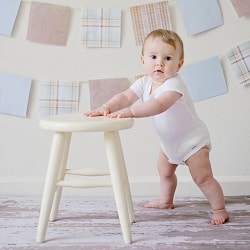 Chambers should give barristers the right to return to work after two or three years of parental leave, the Western Circuit Women’s Forum (WCWF) has said.

The recommendations are contained in the forum’s Back to the Bar best practice guide, published this week. Rachael Goodall, chair of the WCWF, said clerks needed to be educated to help male or female barristers returning from parental leave.

“Clerks are used to a model where barristers are mainly men and can be flexible about what time they finish work,” Ms Goodall said.

“We need to educate them, so they keep up the dialogue with barristers on leave and barristers don’t feel: ‘Now I’m pregnant, the chambers doesn’t want me’.

“Better communication is the key. I’ve spoken to a lot of barristers on leave who feel out of the loop. They can’t see what is going on in chambers, they are worried about money and how they will handle their caring responsibilities.

“Your confidence takes a massive knock when you’re away on leave.”

The WCWF said its return to work guide was a response to the survey it published earlier this year, which found that the vast majority of barristers leaving the Western Circuit mid-career were women and the main reason was the difficulty of balancing work and family commitments.

Ms Goodall, a family law specialist at 3 Paper Buildings, said some of the larger chambers already offered a right to return after two or three years, though she recognised it might be difficult for smaller sets.

She said the issue of flat-rate rents was crucial, and barristers were unlikely to return to work if they had to go on paying it.

The WCWF recommended that best practice for chambers would be to give barristers the option to take some of the rent-free period after returning to work.

If barristers requested it, chambers should also agree to limit the geographical area of their work.

Ms Goodall acknowledged that this would be harder in areas such as crime, as opposed to the likes of personal injury.

As a family lawyer, she said she had managed to “engineer her practice” to suit her commitments.

The WCWF also advised chambers to have “diarised, agenda-based meetings” to prepare barristers for their leave and their return, along with mentoring and wellbeing policies.

Among the issues discussed at the pre-leave meeting should be handover of work, whether others could use the work space, and what to tell solicitors and clients about the leave period.

Ms Goodall said some barristers might not want anything to be said – as in her case.

There should also be agreement between chambers and barrister on how much communication should take place while the barrister was away.

The WCWF suggested a clerk should be nominated to communicate with the barrister about chambers events.

Ms Goodall suggested barristers on leave should be invited to meetings or seminars to try and help them come back to work, and the responsibility should not fall “too much on the barrister.”

The WCWF said mentoring schemes and contact with barristers who had already taken leave should be promoted by chambers.

Ms Goodall said the Western Circuit had an “opt-out” mentoring system, which ensured that all barristers of under 10 years’ call were allocated a mentor from another set of chambers of over 10 years call.

She added that the only barrister who had ever opted out only did so because she wanted to be a mentor.