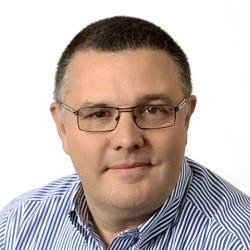 A not-for-profit ‘pupillage academy’ that would support chambers across England and Wales to offer more pupillages has been proposed by national chambers Clerksroom.

It has outlined the plan against the background of around 2,500 places each year on the Bar professional training course but only 400 pupillages, a figure that seems likely to fall because of the pandemic.

One key element of the Clerksroom plan is that the four inns of court should re-direct their scholarship funds – which total around £7m – towards training pupils in chambers more than helping students with the academic stage.

It said this could fund 400 pupillages for chambers that have suitable supervisors, arguing that access to pupillage is currently “blocked” for a large number of students “simply due to the ability of the self-employed Bar to provide funding for awards.

The proposal explained: “The financial burden of the pupillage award falls jointly and severally to the members of the chambers who have to all agree to the establishment of an AETO, management and supervision of the AETO, the pupil’s administration, the clerking, training and resources – simply because the Bar has always done it this way.

“It’s unsustainable in a modern business and professional environment.”

Clerksroom argued that the number of pupillages was likely to “diminish dramatically if the current system of volunteering to provide pupillage continues to be the way forward”.

It estimated that, on top of the pupillage award (£18,866 in London and £16,322 elsewhere) and the administrative costs to chambers, pupil supervisors spend at least eight hours per week for a year overseeing one pupil.

“Therefore, an experienced barrister provides in the region of 400 hours of billable time for free, over a 12-month pupillage period. This equates to a minimum of at least £40,000 in billable time.

“The true cost to everyone involved in providing training for a 12-month pupillage is closer to £65,000, where the minimum award is applied in London.

“These funding issues mean that many smaller sets of chambers may only be able to offer one pupillage a year or will simply decline to offer a pupillage at all, further reducing the number of pupillages available.”

Clerksroom also wants to create more opportunities for students with waivers or exemptions whose circumstances mean they do not need a standard 12-month pupillage.

Managing director Stephen Ward said: “We propose to obtain third-party funding and find innovative ways to fund pupillage so we can create more opportunity and break down the barriers to entry, help with social mobility and all the positive things that need to be done.

“Our aim is to create the academy as an independent, standalone charity that can attract funding and offer more pupillages through any of the chambers in England and Wales, who won’t have to worry about the burden of regulation as we will ensure compliance for them.”

This would mean that the academy was free for the Bar to use; Mr Ward said the plan has been put to the Bar Standards Board.

The proposal said: “Chambers, AETOs [authorised education and training organisations], pupil supervisors, pupils and those connected with training future barristers will be able to find up-to-date information and online tools covering all aspects of the pupillage process.

“The tools planned include technology to offer mock trials, online 24/7 advocacy practice, curriculum planning and progress in a wizard format for the pupil, supervisor and AETO to ensure compliance and simplicity with all aspects of the current training requirements.”

The seed funding will come from Mr Ward and Harry Hodgkin, head of chambers at Clerksroom, and a formal board of trustees will be appointed soon.

The Clerksroom blueprint also criticised the recruitment timetable imposed by the Pupillage Gateway, which it said increased the burden of administration for chambers into a “condensed timeframe”.

It said: “The sheer volume of pupils seeking pupillage, the voluntary nature of the system and the funding requirements are already onerous; by pushing the entire system into a six-month closed period for administrators from 1 November to 1 May makes it unworkable.”