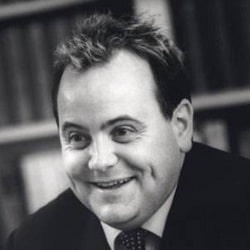 Nicklin: Defendant has not engaged with the proceedings

A London chambers hit by a cyber-attack has secured a final injunction from the High Court against “persons unknown”.

The injunction, granted by Mr Justice Nicklin this week, warns the unknown defendants that if they disclose any confidential information taken from 4 New Square they may be held to be in contempt of court and “imprisoned or fined or have their assets seized”.

Nicklin J granted default judgment to 4 New Square Ltd and 87 members of chambers, represented by Pinsent Masons, having determined their application on the papers.

The move follows an interim injunction granted by Mrs Justice Steyn following the cyber-attack in June this year.

The latest injunction orders the defendant not to “use, publish or communicate or disclose to any other person”, apart from their lawyers, any part of the information referred to in a confidential schedule.

The unknown defendant must, by 4pm on 27 September, deliver up to the claimants’ solicitors and/or delete the information in their “possession, custody or control”, and by a week later provide a witness statement confirming this has been done.

Nicklin J gave the claimants had permission to serve the order on the defendant at the email address set out in a confidential schedule. He said the defendant had not engaged with the proceedings at all.

“Little has changed since the hearing before Steyn J on 28 June 2021. Having considered the most recent witness statement, I am satisfied that the claimants are entitled to default judgment.”

Luke Tucker Harrison, a partner at London litigation practice Keidan Harrison, described injunctions against ‘persons unknown’ as “an important weapon in the defence and counter-attack against cyber criminals”.

He went on: “Its jurisdiction is flexible and, whilst defendants often don’t engage in the proceedings, the existence of the injunction leaves open a quick route to committal proceedings if they, or anyone who aids or abets them, are later identified.”

He said further court orders often yielded useful information which could “lay a trail to the principal wrongdoers or third parties, who may then be pursued for any losses”.