Chambers “must publish” data on sexual orientation and religion 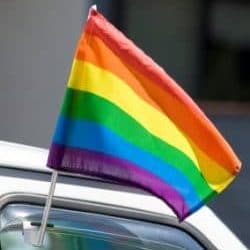 The Legal Services Board (LSB) has approved a new rule requiring chambers to include sexual orientation and religion in the diversity data they publish on their websites, whether or not all of their barristers agree.

The LSB said better reporting of data by chambers and other organisations employing barristers “could assist in encouraging the recruitment and retention of diverse workforces”.

The rule change would bring sexual orientation and religion or belief into line with the reporting of other protected characteristics by chambers.

The Bar Standards Board (BSB), which applied for the rule change with the support of the Bar Council, said the existing rule meant that “almost none” of the summaries produced by chambers covered sexual orientation and religion or belief.

The LSB said it welcomed the BSB’s application, which was “intended to assist in enabling the BSB to have a greater understanding of the diversity profile of the profession”.

The oversight regulator said the change might not have a “great impact” in the BSB’s understanding of diversity in the profession because individual barristers already gave details of religion or belief through MyBar, the online system through which they renew their practising certificates.

“The LSB also understands the BSB’s intention to promote and embed the principles of equality and diversity within chambers and entities through the publication of diversity data.”

The LSB said the BSB introduced the existing rules in its 2012 Handbook.

“At that time it was felt that imposing additional restrictions relating to the publication of sexual orientation and religious belief data would promote the disclosure of diversity data, in light of the sensitivity around the disclosure of this type of data and the Bar’s lack of familiarity with diversity monitoring.”

The BSB launched a consultation on the issue in April 2018. Each of the eight organisations which responded to the consultation backed the change, along with 18 of the 31 individuals.

The LSB said some of the 13 individuals opposing the change thought it would be “an intrusion into privacy”.

The LSB went on: “The BSB identified some of the potential risks associated with the proposal. In particular it highlighted the possibility of political attention and protests associated with chambers and BSB entities publishing the religion of their members. It concluded that in today’s climate such protests were unlikely.”

The BSB said the change would still protect the identity of individual barristers by “prohibiting disclosure in cases where individuals might be identified by requiring consent to publish where fewer than 10 people have a certain characteristic within chambers or BSB entities”.

The LSB said it was satisfied that the new rule maintained “appropriate measures” to protect the identity of individuals where they might be identifiable.

The LSB noted that the BSB was considering “producing examples of situations where non-publication may be appropriate even in circumstances where there is no risk of individuals being identified” and said it would welcome the guidance.