Chambers hit by China sanctions battens down the hatches 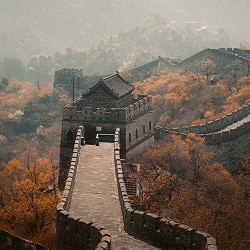 The London chambers sanctioned by the Chinese government last week because of a legal opinion written by four members on the abuse of the Uyghur population has battened down the hatches.

Essex Court Chambers has issued a statement appearing to distance itself from the opinion, while also removing the page from its website that reported the work and the tweet that publicised it.

It also emerged yesterday that the six members of Essex Court Chambers Duxton – its Singapore offshoot – are leaving to form a new practice, while 7 Bedford Row announced yesterday that Jern-Fei Ng QC – who has a well-recognised Asia practice – has joined from Essex Court.

It is not known whether these moves are related to last week’s events.

The chambers was one of four organisations, along with nine individuals, who China said “maliciously spread lies and disinformation [about] the so-called human rights issues in Xinjiang”.

In a statement, Essex Court said: “The legal opinion was written by the four members of chambers concerned pursuant to instructions received from Global Legal Action Network in association with the World Uyghur Congress and Uyghur Human Rights Project.

“In writing that opinion, each of these four individuals was providing independent legal advice in accordance with their professional obligations and qualifications as members of the Bar of England and Wales subject to regulatory supervision by the Bar Standards Board.

“The legal opinion received significant publicity in international media following its publication last month. None of the four relevant members of chambers published the legal opinion.”

The statement pointed out that Essex Court Chambers was not a law firm and had “no collective or distinct legal identity of any kind”.

Members were “commonly retained by opposing sides in the same dispute… with protocols in place to safeguard confidentiality”.

It added: “No other member of Essex Court Chambers was involved in or responsible for the advice and analysis contained in the legal opinion or its publication.”

We have asked the set why it removed the web page and whether the sanctions – which include a ban on Chinese citizens and institutions from doing business with anyone on the list – will apply to all members.

The International Bar Association (IBA) added its voice yesterday to the international support for those on the list, who also included Baroness Kennedy QC, the director of its Human Rights Institute.

IBA president Sternford Moyo said: “When the rule of law and human rights are under threat in any part of the world each one of us has the duty to speak out. Sanctions have been imposed by China on those who have done just that.

“It is ironic that the very voices the Chinese authorities sought to silence have, inadvertently, been amplified because of imposition of sanctions.

“Having drawn the ire of China, each individual or entity, listed has shown the world that they are prepared to stand in the courage of their convictions for a more just world. They improve the world by their example and are an inspiration to us all.”

Writing in The Guardian, Baroness Kennedy made clear that she would not stop speaking out about the situation in China, where she said the evidence pointed to a genocide being carried out.

“In the ‘tit-for-tat game’ that is part of foreign relations [the UK sanctioned four Chinese officials earlier last week], this action is of little consequence.

“On a personal level, I will be sad not to visit China again, as I have great admiration for many Chinese academics and human rights advocates with whom I have had contact.

“However, I have no assets to freeze, no investments and no secret property, and my legal work seeking to protect human rights will go on as before.”