Chambers giving notice on leases in wake of Covid 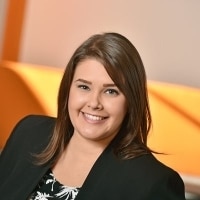 Entwistle: Change is coming to chambers

Barristers may be keen to get back to work but they are not going back to chambers, and nearly a third of sets have given or are considering giving partial notice on their leases, according to new research.

Some sets may never return to their previous model, said Carolyn Entwistle, head of services at the Bar Council and chair of the Covid-19 working group run by the Bar Council, Legal Practice Management Association and Institute of Barristers’ Clerks.

A recent survey conducted by the latter two found that chambers have seen very little increase in the number of members returning to the office.

However, there is likely to be an increase in attendance and it said many were planning for the staged return of up to 50% of their staff, on a rota system, between now and the end of September.

Writing on the Bar Council website, Ms Entwistle said: “It comes as no surprise that 10% of respondents to the survey said that their chambers had given partial notice on its lease, with a further 21% indicating that they are considering taking similar action in a bid to relieve financial pressure.

“A reduction in the space available to chambers’ members and staff heralds the beginnings of change, with those same sets presumably planning to maximise on the reductions to their square footage and introduce ‘work smart’ policies which offer greater opportunity for flexible working.”

She said that, having adapted to paperless working and a virtual working environment, “some sets may never return to their previous model. What this will look like in reality remains to be seen but, for a multitude of reasons, it is a change that is arguably overdue and one that the Bar Council plans to support wholeheartedly”.

In May, the Covid-19 working group released guidance on managing the return to chambers, and it has now produced a template risk assessment.

The most recent survey by the Bar Council showed that fee income has reduced by an average of 59% across the profession (69% for publicly funded barristers), and three-quarters 74% were already suffering or expected to suffer financial hardship.