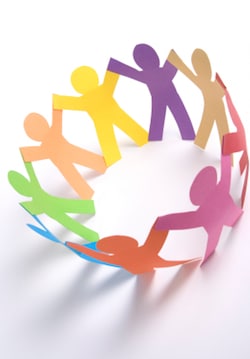 Diversity: Chambers want to show they do not have a mono-culture

The Bar Standards Board (BSB) is considering a rule change which would mean chambers would have to include sexual orientation and religion in the diversity data they publish on their websites.

The BSB said the move might help sets of chambers attract a more diverse workforce, but there could be “security implications” for those with high numbers of barristers who were of LGBT+ or from a particular religion.

The rule change, suggested by the Bar Council, would remove the requirement for every individual at a chambers or BSB entity to give their consent before aggregated and anonymised data was published on sexual orientation (SO) or religious belief (RB).

The requirement does not apply to other protected characteristics.

Issuing a consultation, the BSB said that although most chambers had published diversity data on their websites, “almost none of these summaries contains data relating to SO or RB because consent has not been given by all members of the workforce”.

The regulator went on: “One consequence of the current drafting of the rules, for example, is that straight/heterosexual members of chambers (who are not at significant risk of having their identity revealed) might veto the publication of all SO data. Similar situations can also arise for RB data publication.”

The BSB said chambers would only be permitted to publish data where there was no risk than individuals could be identified, unless they had given consent.

“Throughout 2017 and in early 2018, the BSB engaged a number of specialist organisations and members of the profession, to better understand good practice in the area of diversity monitoring and consider the feasibility of amending the rules.

“With regard to SO monitoring, those with whom we engaged include representatives of FreeBar, a leading advocate for LGBT+ rights, and Stonewall.

“These engagement activities have established that, since the equality rules were initially implemented, the desire for extra protection in relation to SO data from those groups has reduced.”

On RB, the BSB said it had met senior experts from the Faiths Forum for London and “faith-specific lawyers’ networks”.

The BSB said its activity suggested that a rule change would give “greater recognition of faith at the Bar” and boost “anti-discriminatory practice” within chambers.

“However, we recognise there may be risks associated with declaring the religion of members of the Bar, even in anonymised form (for example, if a particular religion were particularly well represented at a chambers, it may attract political attention and be seen as making the chambers a possible focus of protests).

“One would hope that such a risk would be unlikely and, while this risk is also theoretically present in the case of SO data, it may be thought that in today’s climate such protests might be less likely.”

The BSB concluded that changing the rules could help “foster a more progressive culture in the profession” but it remained “open minded” and might opt for a different approach for each of the protected characteristics.

Along with a change in the rules, the BSB said it was considering producing updated guidance, including information on how to deal with sensitive data.

The BSB stressed that under no circumstances would a barrister be forced to disclose his or her diversity data.

Sam Mercer, head of equality and diversity policy at the Bar Council, said: “Over the years, chambers have approached us frustrated that they, and their LGBTQI members who were willing to have their numbers published, were prevented by the requirement for every single member of chambers to give written consent, irrespective of their own backgrounds.

“As a result many chambers were unable to demonstrate the diversity of their members and applicants perhaps got a false impression of a mono-culture in chambers.”