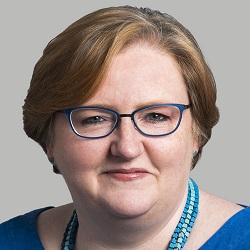 Stevens-Hoare: History did not sit comfortably with our values

Well-known Lincoln’s Inn set Hardwicke Chambers is to change its name to Gatehouse Chambers in recognition of the role of Lord Hardwicke in perpetuating slavery in the 18th century.

However, the move has been questioned by justice minister Lord Wolfson QC, who suggested that changing a name was incidental to the work of tackling racism.

In a statement, Hardwicke Chambers said: “During the course of 2020 and the Black Lives Matter protests following the murder of George Floyd, a number of legal bloggers started to investigate historic legal figures, including Lord Hardwicke, the 18th century Lord Chancellor.

“Lord Hardwicke was one of two authors of the Yorke-Talbot opinion in 1729 which was relied on by slave owners as providing legal justification for slavery for many years.

“The premises of Hardwicke Building, named by Lincoln’s Inn, became the name of the chambers who have occupied it since 1991.

Brie Stevens-Hoare QC, joint head of chambers, said this all “did not sit comfortably with our values as an organisation, or the inclusive and diverse nature of our people and our clients”.

As a result, last July, “in a move consistent with the modern organisation’s values”, Hardwicke’s members decided to change the name, with Gatehouse Chambers now chosen.

This signifies “strength and trustworthiness, but also access to new adventures and opportunities”.

The change will be effective from 19 July 2021 and the set is also moving to new premises in Gray’s Inn, 1 Lady Hale Gate.

This is a previously unnamed road where High Holborn and South Square intersect whose previous address used to cause confusion.

PJ Kirby QC, joint head of chambers, added: “It’s not about paying lip service to this issue but truly living out these values and that’s why changing our name was an important decision for us.”

Chief executive Amanda Illing said the set did not investigate the background to Lord Hardwicke before adopting the name with the building in 1991 or in the intervening period. “It is not something we had thought to do and it is a regret to us,” she said.

“Both were confidants of and advisers to Edward I, who expelled the Jews from Britain in 1290. Are they to be renamed too?” he asked.

“No, of course not. Because the important business of fighting racism, improving diversity and increasing social mobility – to which all the Inns are committed – involves real work, hard graft and intense focus.

“And further – the notion that our (legal) heroes might turn out to have been flawed individuals, capable of doing both right and wrong – otherwise known as ‘human beings’ – is hardly revelatory. Read Genesis for some early examples, and human history for many later ones.”

Mr Kirby replied: “Thanks David. When we discovered (15.6.20 for the record – entitled to say should have known earlier) Ld Hardwicke’s support for slavery for a diverse set to perpetuate his legacy including taking his name to our new premises was untenable. No pressure from anyone else.”