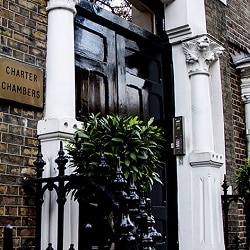 The impact of Covid-19 on the justice system and the government’s response has led a mid-sized London set to announce its closure, saying members are not prepared to take the financial risk they are facing.

Charter Chambers will close on 30 October.

It is home to 38 barristers, including six QCs, as well as two pupils, seven associate tenants and six clerks, plus a chambers director and other staff. It specialises in crime, fraud and professional discipline work.

In a message, head of chambers Neil Hawes QC said the decision to close was informed by two principal factors: the pending sale of its office building on John Street, just north of Gray’s Inn, and the Covid-19 pandemic.

The building is owned by a pension trust whose members are all either current or former members of chambers, but Mr Hawes said a decision was taken in early 2019 not to renew its lease as the set moved towards digital remote working and “the need for a large, prestigious building has ebbed away”.

This was in any case going to provide an opportunity to review Charter’s future, which “necessarily had to take into account the many decades of deliberate neglect the justice system has suffered under all governments”.

The QC described Charter as a profitable business which, through its private work and unlike many other sets, has accumulated financial reserves “to protect itself against reasonably foreseeable adverse business events and anticipate the often and ever-changing, damaging government policies aimed at the justice system.”

However, the pandemic was not such an event.

Mr Hawes said their view was that – with the government not moving at all quickly to increase capacity – the courts and tribunals were unlikely to return to normal for some considerable time.

“It was this assessment – along with a review of chambers’ own needs for its future – that led Charter to the unanimous conclusion that to continue as we were would inevitably lead us to depleting our financial reserves and result in the set entering into significant borrowing, for the first time in some years, and potentially for a lengthy period and with a very uncertain future.”

He pointedly noted that businesses borrowed in anticipation that it would provide them with stability, growth and profitable returns – but that did not seem likely here.

“The contradictory message from the government to the self-employed Bar is that we should borrow our way out of this so that we can continue to support and sustain the justice system.

“That is the job of government, not the professions. Such assistance that has been made available has not been specific to our business sector, despite repeated requests, and thus is wholly unsuited to the unique way in which barristers’ chambers operate.

“Charter had the opportunity in this difficult time, with its building lease coming to an end, to assess this wider position after Covid-19 has impacted.

“Its members came to an informed, rational and unanimous decision that they were not prepared to engage in such a business risk.”