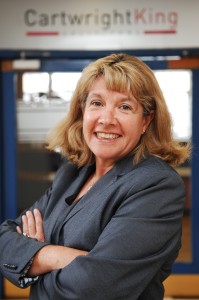 The dispersal of failed Midlands firm Challinors ended yesterday as the firm went under with 46 redundancies, but there were also hires by multi-office firms Shoosmiths, Clarke Wilmott and Cartwright King.

In a bizarre twist, the Challinors administrator, accountancy group RSM Tenon UK, itself went into administration with debts of £80m. A sale was agreed to rival company, Baker Tilly, in a pre-pack deal.

RSM Tenon’s Andrew Hosking and Simon Bonney were officially appointed as joint administrators of Challinors following a statutory demand issued by a creditor against the Challinors partners.

Clarke Willmott acquired elements of Challinors’ private client and commercial litigation teams; a total of 10 staff who will bring their files with them. The 70-plus partner firm will integrate the arrivals in its Birmingham office immediately.

Six Challinors solicitors joined Cartwright King, which has offices across the north of England. They included four family solicitors and one child care specialist, plus two paralegals, bringing the firm’s family team to 23 strong.

They were joined by Challinors’ head of crime, John Allchin. The lawyers’ caseload will move with them to Cartwrights.

It is understood that Shoosmiths made a number of additions to its medical negligence team.

Mr Hosking said: “Due to the potential risk of insolvency as a result of the demand, RSM Tenon have been working very closely with the key stakeholders of the firm and the Solicitors Regulatory Authority, which subsequently led to a marketing process being commenced by the partners in conjunction with consultants and professional advisers to the firm.

“This led to 13 firm offers being made for parts of the business.

“We tried to sell the business as a whole but after limited interest it was clear, the disposal could not be achieved for the appropriate considered value and in the necessary timeframes.

“Therefore, regrettably the business had to be broken up into several constituent parts. The sale of the various parts of the business was made pre-appointment.”

Clarke Wilmott’s chief executive, Stephen Rosser, said: “Growing our Birmingham offering is part of our three-year strategy. Our main priority is to ensure a seamless transition for Challinors’ clients and we will be working with the administrators and Challinors’ partners in order to achieve this”.

Fiona Lazenby, Cartwrights King’s head of family, said: “We are really pleased that the team from Challinors have joined us and we will ensure that there is minimum disruption as the cases that they are currently handling move over to us.”

RSM Tenon UK is a member of the international RSM network, the seventh largest network of independent audit, tax and advisory firms in the world, with total fee income of £4bn.

RSM International, the network’s managers, said it was mulling the future of its UK membership, following “the announcement that RSM Tenon Group plc, which is now in administration, is to sell its operating businesses on a going concern basis to Baker Tilly, subject to various approvals over the next weeks.”