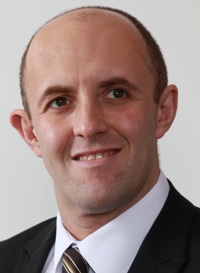 It is the first step in the awaited break up of 14-partner Challinors, which reportedly has debts of more than £11m.

SGI announced yesterday that it would take over all of the work in progress, including serious injury and employers’ and public liability claims, for an undisclosed sum. But none of Challinors’ partners are transferring to SGI.

The Liverpool firm, which was founded in 2012 and has 60 staff and four non-fee earning partners, said it would be the first of a series of acquisitions after receiving its ABS licence at the beginning of this month.

Challinors, a full service firm with offices in West Bromwich, Birmingham, Wolverhampton, Halesowen, Leicester and – since March 2012 – in Nottingham, announced its plans at the end of July.

A statement issued then by the firm said: “Working in conjunction with our key stakeholders, we have taken steps to protect our position pending a sale of the business by filing a notice of intention to appoint an administrator. This will allow an orderly transfer of the business in the near future.

“In the interim, the business continues to trade normally and we give an assurance that the interests of our clients and staff have been safeguarded.”

The firm’s website, which is still functional, said the PI department had a “broad portfolio of cases” which included representing “global household names in defending injury claims, which have ranged from industrial diseases to fatal accidents”.

Challinors’ head of PI and clinical negligence, partner Andy Bowen was appointed a deputy district judge (DDJ) in February. The firm’s senior partner, Paul Griffiths, has been sitting as a DDJ since 2000.

SGI Legal’s managing partner, Simon Gibson, said: “Our structure and resources have enabled us to respond swiftly to the opportunity that arose due to Challinors’ difficult circumstances…

“We’ve made no secret of our growth ambitions and have structured our firm to take advantage of developments in the personal injury sector. This will not be our last acquisition.”